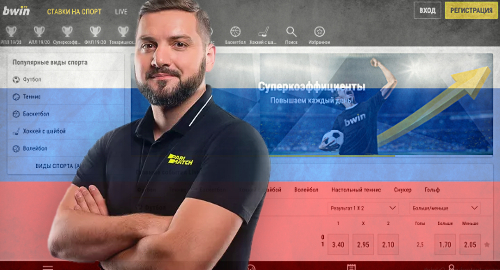 Bwin’s Russian-licensed sports betting site never had a chance at success, according to the operator’s former CEO.

Sergeyev (pictured), who joined betting operator Parimatch last year and last month was named CEO of that company’s Commonwealth of Independent States (CIS) division, noted that Bwin.ru got off to a rocky start, having to delay the site’s launch until November 2017.

Sergeyev said the delay was partly due to GVC being distracted by its ongoing integration of the Bwin.party brands and Sergeyev had “serious fears” that GVC was getting cold feet about entering the Russian market. Sergeyev claimed his June 2017 press conference announcing Bwin.ru was intended to ensure that GVC “wouldn’t change their minds.”

Despite previous assurances of a major marketing budget, Sergeyev said Bwin.ru “lived without marketing investments” and hardly generated enough revenue to meet its staff payroll. This was largely due to Digital Betting’s owner, Russian billionaire Alexander Mamut, opting to renew a marketing deal between his prominent digital sports portal Championat and Russian bookmaker Fonbet, a decision that left Bwin.ru more or less on its own.

Despite these hurdles, Sergeyev said the site “almost reached self-sufficiency” following the 2018 FIFA World Cup thanks to tireless public relations efforts and the help of a few key affiliate marketers. But Sergeyev, who claimed Bwin.ru never held more than a 0.25% share of Russia’s online betting market, saw the writing on the wall and decamped for Parimatch in May 2019.

SimilarWeb data for the month of May show Bwin.ru recorded a mere 68k site visits, better than only three Russian-licensed bookmakers (one of which, 888.ru, suspended its operations after COVID-19 cancelled most major sports events). Fonbet topped May’s traffic chart with nearly 4.8m visits.

So far, no other Western firm has launched a Russian-licensed operation, although PokerStars claimed last August that it planned to apply for a local permit. Online betting giant Bet365 was rumored to be negotiating its own Russian joint venture but to date there’s been no official signal that these rumors were anything more than talk.