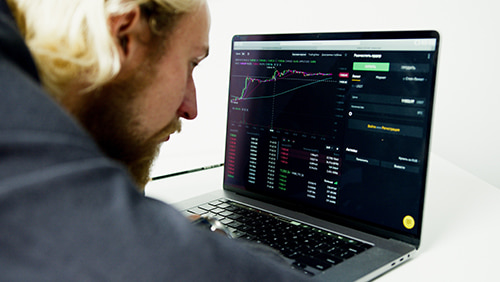 Bad news for digital currency exchanges could turn out to be great news for the gambling industry. Rumors that the outgoing Trump administration might place new regulations on the digital currency space has exchanges worried it might hurt their business.

Treasure Secretary Steven Mnuchin is rumored to be readying new regulations for the digital currency space. If they are what they are rumored to be, it would force corporations to follow Know Your Customer (KYC) and Anti-Money Laundering (AML) rules, but also only cooperate with other parties that also follow those rules. Such a measure would bring the entire U.S. digital currency space in line with regulations that have been expected of banking and gambling businesses.

The exchange space isn’t happy about it though. Coinbase CEO Brian Armstrong took to Twitter to explain why he thinks this is a terrible idea:

If this crypto regulation comes out, it would be a terrible legacy and have long standing negative impacts for the U.S. In the early days of the internet there were people who called for it to be regulated like the phone companies. Thank goodness they didn't.

The argument make sense, specially to those in the gambling space who warn against over regulation of iGaming. If customers can’t get what they want from locally regulated businesses, they’ll be forced to use options from the international market.

But the comparison ends there. While the gambling space understands that KYC and AML laws protect it from becoming a patsy to criminal money flows, many digital currency exchanges still depend on questionable customers using their services as an off-ramp to crime online. If exchanges can’t accept deposits from wallets that could be tied to crime, their business will be cut severely.

But that same crisis for digital currency exchanges would open up huge possibilities for iGaming. Operators that have been wary of implementing digital currency transaction methods, because of the potential links to crime the funds would have, could now with confidence work with payment providers that follow these U.S. regulations. That opens doors to operators who want to lower their transaction costs, regulators who want auditable transaction trails, and service providers who want to reap the add-on benefits.

And there’s no better option for that than Bitcoin SV[BSV]. The Bitcoin blockchain has been allowed to scale massively with BSV, as it was always intended to, and it’s capable of handling the massive volume a gambling business creates. Furthermore, BSV has stuck to the principle that digital currency should follow regulations, rather than run away from it. It’s intentionally been set up to be the law-abiding, enterprise friendly option, and brings many benefits to the gambling space.