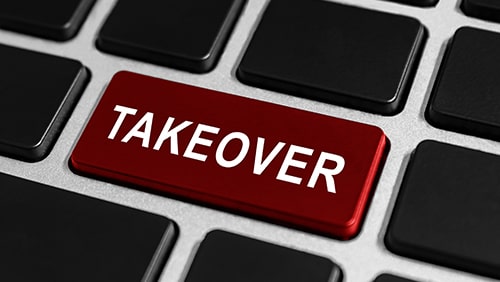 Casino operator Silver Heritage Group has had some difficulty the past couple of years. It entered administration this past May and brought in receivers to help sort out the mess and hoped there would be some way to stay afloat. The company behind the Tiger Palace Resort in Nepal and others hasn’t been able to make much headway toward that goal, however, and could soon be acquired. Australia’s Foreign Investment Review Board (FIRB) has determined that there is no reason to prevent gaming and technology company DFNN, Inc. to pursue its plans to buy a major stake in Silver Heritage.

HatchAsia, Inc., a subsidiary of Philippine-listed DFNN, suggested the takeover after seeing the position Silver Heritage was in. It proposed an acquisition of 92% of the company, but will need to jump through several hoops before any deal can be consummated. Since DFNN is out of the Philippines and Silver Heritage is listed in Australia, the first hoop to cross was getting approval by the FIRB. The next hoop involves approval by Silver Heritage shareholders. DFNN is behind HatchAsia, iWave, Inc., Inter-active Entertainment Solutions Technologies, Inc. in the Philippines, and Pacific Gaming Investments Pte. Ltd. in Singapore.

Should the deal make it all the way through the red-tape obstacle course, HatchAsia, though its subsidiary of Hatch Australia Holdings Pty. Ltd., will take possession of 92% of Silver Heritage through the acquisition of company shares. That stockpile will come from the consolidation of shares held by existing shareholders, as well as the issuance of new shares to Hatch Australia.

The final price could be adjusted due to several stipulations, and is cheap compared to most casino-tied acquisitions. DFNN said this past September that it was ready to pay around $379,000 (PHP 18.74 million) in cash and 3% of the Silver Heritage shares. Receiving approval by the FIRB will help push the sale along, and DFNN said in a statement, “The successful conclusion would eventually result in the HatchAsia shareholder-controlled entity being listed on the Australian Stock Exchange and DFNN owning part of the listed entity.”

The announcement has found support from DFNN shareholders, as well, and their positive response could help offset some of the cost associated with the acquisition. DFNN was trading at $0.066 this past Tuesday afternoon on the Philippine Bourse before it jumped to $0.083 about 24 hours later. It has leveled off some, dropping to $0.076, since then, but there is still positive gain to benefit the company.

Silver Heritage has had issues for several years, brought about by poor partner choices and a weakened gambling market. The problems only increased this year due to COVID-19, forcing the casino operator to re-evaluate all of its operations and its future.