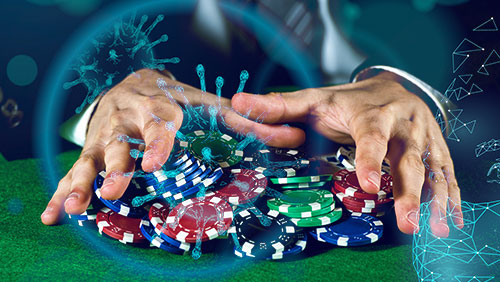 The coronavirus pandemic has claimed its latest victims in the casino industry. Nepal is going to soon feel the squeeze as its economy shrinks more due to the closing of two casinos in the country operated by Silver Heritage Group. The company announced (in pdf) yesterday that it will shut down its gambling houses in Nepal “until further notice,” or until the COVID-19 virus stops being a public threat.

Going forward, the Tiger Palace Resort Bhairahawa and The Millionaires Club & Casino, Kathmandu are taking a break. The decision comes following an order by the country’s Home Ministry of the Government, in which it detailed different measures that should help prevent the virus from spreading further. Among these measures was a ban on gatherings of 25 or more people, making it virtually impossible to keep casinos in operation.

In addition, there is a ban on international travel to and from the country, further limiting Silver Heritage’s options. That has forced the company to close the Tiger Palace Resort’s hotel, and will lead to further economic losses for the casino operator.

Silver Heritage has experienced several issues in Nepal over the past couple of years, all of which have led to a decrease in revenue. It has received a couple of injunctions over construction issues at Tiger Palace, and has been remiss at handling its fiduciary responsibilities appropriately. The company thought it was going to be able to get rid of its Nepalese problems by selling the properties last year, but a potential buyer backed out at the last minute.

The company had to seek funding to help keep the Nepal operations running, and was recently able to secure a loan for $1 million from its shareholders. That was designed to float the company for about six months; however, the new casino closures mean a bigger loss in revenue and little chance for tipping the scales in its favor in the near-term. Meanwhile, Silver Heritage is still actively looking for someone to take the two Nepal properties off its hands.

Across the globe, the coronavirus has delivered the ultimate gutshot, severely debilitating economic stability. In terms of losses for the gambling industry, Macau was the first to receive the blow, but certainly not the last. As entire countries come to a grinding halt, even if only for a couple of weeks, the impact from COVID-19 is going to be felt for a long time. In the U.S., entire states are shutting down, as has been the case in places like the Philippines, South Korea and more. By the time recovery can really begin, the global financial losses are going to be in the trillions of dollars.