Home / Casino / Silver Heritage hit with another injunction in Nepal 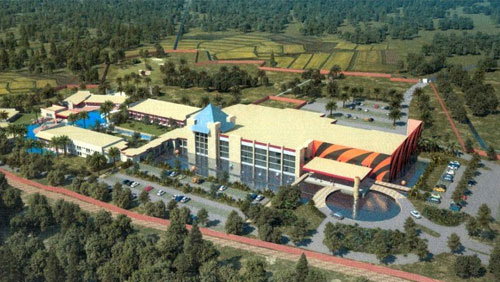 Silver Heritage Group has had a lot of difficulty with its Tiger Palace Resort in Nepal. Accusations of building on protected land have caused damage to the company’s reputation, as have revelations that accounting irregularities forced a financial write-down. There have been several entities willing to take the property off of Silver Heritage’s hands, but that is going to prove more

difficult than anticipated. An injunction – the second to be launched against the company – prevents Silver Heritage from selling the property or even developing it further.

The Rupandehi District Court in Nepal approved the second injunction against two of Silver Heritage’s subsidiaries in the country, according to a company statement with the Australian Stock Exchange (ASX). Silver Heritage adds, without describing the nature of the injunction, “The company is currently considering legal advice on the effect and consequences of the injunction and will keep the market fully informed of any further developments or action taken in this regard.”

The first injunction, while posing “no immediate material commercial or legal impact or risk on the company’s operations,” also prevented the company from selling Tiger Palace. Five different offers have reportedly been presented, including one for $34 million that would see the company relinquish all its operations in the country, including its facilities at the Millionaire’s Club and Casino in Kathmandu.

That offer was contingent upon a deposit of $3 million being made by August 15. However, in light of the legal issues, the potential buyer obviously has held off on making any financial transaction. Silver Heritage explains, “The company has yet to receive the deposit of U.S. $3 million … due to factors outside the control of both the buyer and the company and has, as a result, granted an extension for the payment of the deposit to 10 September 2019.”

All of the company’s financial issues are exacerbated by the fact that its current chief financial officer (CFO), Ben Watiwat, is leaving the company. He will give up his position on September 6, but Silver Heritage already has a backup plan. Martin Wright, who served as the company’s CFO from 2006 to 2017, is going to come in as a consultant beginning September 2. He has his work cut out for him, first through catching up on how things are being run and second by battling the company’s lower revenue and legal issues.