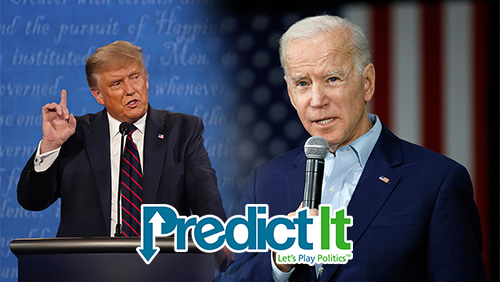 Some gambling enthusiasts are ready to break out the torches and pitch forks to go after PredictIt. The online gambling platform, and the only legal betting exchange in the US, lost control of its systems this past Tuesday – right smack in the middle of the hottest presidential elections to hit the country in decades. Gamblers weren’t able to buy any shares, nor were they able to sell any and get out from under potential losses.

While betting on the US elections is illegal in the country, PredictIt has been able to work around the limitation. It received approval (better put, lack of non-approval) from the Commodity Futures Trading Commission (CFTC) to introduce its exchange platform and had begun to see a lot of action on the elections. However, come Tuesday, the site went dark for four hours just as it appeared the tables were turning and the final outcome of the presidential voting would be shifting from one candidate to another.

PredictIt recognized the issue and put up a notice on Twitter Tuesday that it was “working diligently” to correct the issue. That was around 8:30 PM Eastern Time, as the East Coast ballots were being counted and the West Coast voting was in high gear, but it didn’t specify what the issue was. One Twitter user and PredictIt gambler, Greg Ledet, fired back, slamming the platform by tweeting, You’ve had four years to prepare for this day. Four whole years. It the single most important and most profitable single day of business in your whole year, yet you guys still managed to screw this up. Fire every single member of your network or cloud staff that let this happen.”

Another user, Daniel McNally, added, “I haven’t been able to cancel any orders for over 5 hours, but I’ve been getting filled on them in the meantime, costing me hundreds of [dollars]. I’m still unable to cancel orders. Ridiculous that PredictIt would go offline in the middle of election results and keep orders active.”

The timing couldn’t have been worse. This year’s presidential elections are expected to see over $1 billion in wagers and, while direct election betting in the US is off the books, this doesn’t stop gamblers in the country from finding workarounds, such as PredictIt. The site seemed to have substantial trouble figuring out the problem, too, as it was down again as of 4 PM on Wednesday. Requests from various media sources to try to get to the bottom of the issue worked about as well as the website on election day.

With no responses coming from PredictIt and no mention of the issues on its website, what happens next is anyone’s guess. There have already been murmurs of lawsuits, especially with the site’s refusal to show any type of proactive communication. The platform, according to its website, is owned and operated by New Zealand’s Victoria University and its “Terms and Conditions” page attempts to thwart lawsuits by mentioning a “waiver of class action rights” and an absence of liability, even of its own negligence. However, hiding behind those templates has already proven to be futile on several occasions, and might fall short once again if any wrongdoing were to be uncovered.