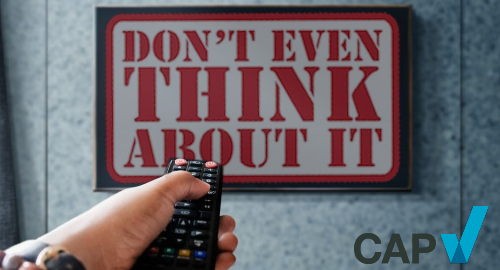 UK gambling advertising could lose their celebrity pitchmen (and women) depending on how the general public responds to the government’s new consultation.

On Thursday, the Committee of Advertising Practice (CAP) and the Broadcast Committee of Advertising Practice (BCAP) opened a consultation on “new strengthened rules and guidance for gambling ads to protect children and young people.” Individuals wishing to make their opinion heard – or operators wanting full details on what horrors to expect – can go here. The consultations closes at 5pm on January 22, 2021.

The consultation follows a report by the industry-funded GambleAware charity that suggested gambling advertising may be having greater impact than originally suspected on individuals under 18 years of age as well as adults deemed more vulnerable to gambling problems.

As such, the consultation seeks input on proposals to prohibit gambling and lottery marketing that ‘strongly’ appeals to under-18s. Existing rules prohibit ads that ‘particularly’ appeal to under-18s, so it’s clear operators are facing no end of semantic hair-splitting going forward.

CAP defines ‘strong’ appeal as featuring content that appeals to under-18’s regardless of how said content is viewed by adults. So while existing ads prohibit the use of animated bunnies and buff superheroes, the current proposal would prohibit any character “behavior, language, fashion/appearance, etc.” that may have strong appeal for under-18s.

Similarly, ads couldn’t feature a real-life character that has a significant under-18 following, or a made-up character that would have a strong appeal for under-18s. CAP notes ominously that such a restriction could have “significant implications” for ads featuring “prominent sports people and celebrities, and also individuals like social media influencers.”

The ‘strong’ appeal definition is the same one applied to alcohol marketing, which is forbidden from depicting “themes that are associated with youth culture; for example, disregard for authority or social norms.” The use of youth-oriented slang and “music or dance that is likely to appeal strongly to under-18s” is also off-limits, although old songs that for whatever reason get a second life with the young ’uns (we’re looking at you, Fleetwood Mac) could get a pass.

Exiting the kiddie pool for a moment, CAP wants to restrict ads that suggest complex bets require more skill or intelligence than straight bets, so as not to imply that punters have any more control over the outcome. Suggesting that gambling is a practice enjoyed by a community of skilled, smart folks is also on the chopping block.

Ditto for ads that offer unrealistic depictions of bettors winning early or often, use humor to de-emphasize the inherent risks of gambling, or promote money-back offers as ‘risk free’ or low risk to imply a sense of security.

For anyone who finds the above suggestions a tad excessive, the situation could always be worse. The UK Gambling Commission (UKGC) recently revealed its consultations with ‘Experts by Experience’, so-dubbed because they’ve suffered harm from the inability to control their gambling activity. Some of these experts suggested all gambling ads should feature “the gambling equivalent of ‘smoking kills’” messaging, so pimp ’em while you got ’em.