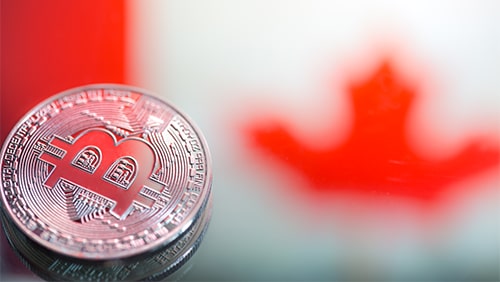 Ten years ago, there was only a small percentage of people who believed that cryptocurrency was something more than a “fad” that would go away. It has now become obvious that not only is crypto not going away, but that it is inarguably the next phase in the evolution of money. Many countries have already begun exploring the introduction of their own digital currency, and this trend is not going to slow down. Canada is reportedly taking the idea of a central bank digital currency (CBDC) more seriously, and its interest shows how far the idea has come – and how legitimate it is.

Canada’s central bank, the Bank of Canada, is reportedly looking to hire an economist who has particular knowledge of finance and digital currency. While the country has not come out and said that it is going to launch a CBDC, the job posting for the position indicates that that the institution recognizes that the financial world is being transformed and that it is creating a program to research the new developments. The program will include, among other things, a “monitoring framework for money and payments and the contingency planning for a central bank digital currency (CBDC). This is a program of major social significance and will require us to break new ground.”

The candidate chosen for the position must have in-depth knowledge of crypto platforms, as well as conventional payment systems. He or she should have experience handling and analyzing blockchain data, as well as analyzing consumer data, and “requires a master’s degree in Economics, Finance, Computer Science, Mathematics or Statistics or a combination of education and experience may also be considered.”

This is a clear indication that the Bank of Canada is prepared to introduce a CBDC, should its research program determine adequate feasibility. In addition to Canada, the US, the UK, China and a number of other countries – as well as the European Central Bank – are also exploring the possibility of a CBDC, showing that there is legitimate global interest in taking currency to the next level. Sweden, for example, is planning on becoming a completely cashless society with the help of digital currency in the near future and has already started working toward that goal.

Each time a government or a central bank shows interest in developing its own crypto, it becomes more apparent that the need for a digital currency exists. At this point, it is impossible to ignore the benefits a digital currency can have, and the role it will definitively play in global finance. Bitcoin SV (BSV), the only crypto to develop as the legitimate Bitcoin, realized this long ago, which is why it has become a solid and legitimate option that is designed to work with governments, instead of against them like many other crypto solutions. It is also the only one that is already developed for immediate launch as a truly global, regulated digital currency.