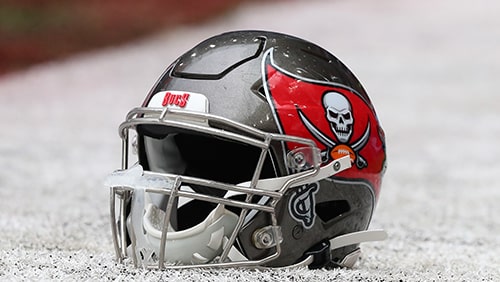 In the meeting of the two ‘Bays’, it was Tampa who took the victory in the NFL as they reminded familiar foes Green Bay that attack is the best form of defence.

With the acquisition of Tom Brady, Tampa Bay Buccaneers have shown intent in the form of their summer recruitment and with the addition of Brady’s former Patriots teammate Rob Gronkowski, many pre-season pundits believed that Tampa had acquired a potential Vince Lombardi trophy-winning combination.

Tampa’s current regular season record of 4-2 might throw a little cold water on those flames rather than fanning them with praise, but this latest victory owed a lot to the offensive prowess of Bruce Arians’ side.

Over the course of the match, so many things happened quickly that it was one of the most entertaining games of the NFL season so far.

It was the Green Bay Packers who started best, opening up a 10-0 lead by the end of the first quarter. Thereafter, however, they were undone by the masterful Brady and Gronkowski, as the second quarter saw The Bucs score 28 unanswered points to leave their opponents chasing shadows. This was followed by a 10-0 3rd period, which even allowed Tampa to take both Tom Brady and Aaron Rodgers off with half of a scoreless 4th quarter to play.

Brady in particular proved what a powerful weapon he can be, dictating the field and going 17-of-27 for 166 yards, resulting in two key touchdowns. That no Green Bay Packer player made an interception tells an epic tale in the form of a children’s storybook. The Packers simply couldn’t get near Brady, or the throws released by his golden arm.

It was a particularly sweet afternoon for tight end Rob Gronkowski, who had his best outing so far in a Tampa Bay jersey. Taking five passes for a Tampa Bay top score of 78 receiving yards, he too got his touchdown.

How has this changed the sportsbetting in regard to both sides?

Tampa Bay Buccaneers are currently 10/11 to get over 10 regular season wins, and we’d say that’s a highly marginal call to maybe dip under rather than over. The Bucs are 3/10 to make the play offs. It’s 7/10 for The Packers to make the playoffs, while their split is 8.5 wins, which are 4/5 to happen attracts us slightly more with their record now 4-1, that loss to Tampa being their first of the season.

While Tampa have shown Green Bay that attack is the best form of defence, it’s unlikely to be a lesson they need teaching twice and we’d still back the Packers to make the postseason where they’ll be looking for revenge against Tom Brady and company.

You can watch the highlights of an important game in the NFL Season right here: