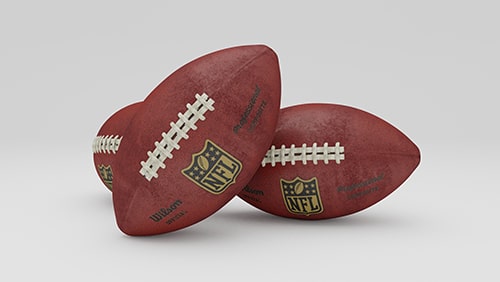 An argument can be made that Tom Brady and Aaron Rodgers are the top two regular-season quarterbacks in NFL history. They have combined for five NFL MVP Awards – Peyton Manning won five by himself, so he certainly has an argument – and both will be first-ballot, unanimous Hall of Famers five years after they retire.

One big difference in the careers of Brady and Rodgers is regarding the Super Bowl. Brady has reached the game a whopping nine times and won it a record six. Rodgers is 1-0 in the game. It’s almost amazing the two legends never played in a Super Bowl and they apparently never will with Brady now in the NFC.

When the Green Bay Packers visit the Tampa Bay Buccaneers on Sunday at 4:25 p.m. ET in Week 6, it may be the last time Rodgers and Brady face off barring a 2020 postseason matchup. They have split two regular-season meetings all-time. Brady is a very rare home underdog at +2.5 and the Bucs overall are 1-6-1 ATS in their past eight as dogs.

The Cleveland Browns visit the unbeaten Pittsburgh Steelers at 1 p.m. ET and it’s an important AFC North game regardless, but the stakes and tensions might be higher as it’s the first time the Steelers will see Cleveland defensive end Myles Garrett since Garrett tried to smash the head in of Pittsburgh QB Mason Rudolph with Rudolph’s own helmet during a brawl in the teams’ Week 11 game last year.

Garrett, who claimed Rudolph said something racial, was suspended the rest of 2019 but is having a fantastic 2020. It won’t be Rudolph but Ben Roethlisberger under center for the Steelers this time. Pittsburgh is -3.5 and has won 16 straight at home in the series by an average of 12.5 points per game.

It’s two head coaches on very hot seats when the Detroit Lions come out of their bye – it was a minor surprise that Coach Matt Patricia wasn’t fired during it – and visit the Jacksonville Jaguars at 1 p.m. ET. This game was going to be one of two the Jags were to “host” in London this season but those trips were called off due to COVID-19. Detroit is -3.5 but 3-12 ATS in its past 15.

There are two Monday night games this week and the late start (8:15 p.m.) features the Arizona Cardinals at Dallas Cowboys as Dallas begins life without the NFL’s passing yardage leader in Dak Prescott. He suffered a gruesome ankle injury in Week 5 and is done for the year. The Cowboys would have been favored with Prescott but are now +2.5. Arizona is 2-5 ATS in its past seven as a favorite.