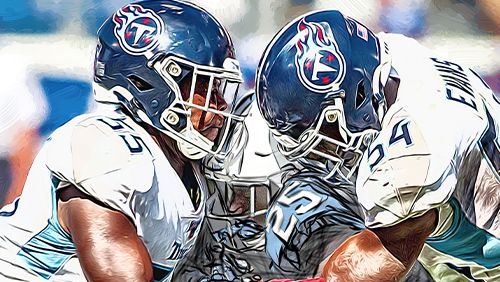 After first laying the groundwork for a legal sports gambling market in the state more than a year ago, Tennessee is almost ready to start the clock. The market is expected to go live on November 1 and would join a growing number of states that have made the leap into the sportsbook pool. The idea of keeping sports and sports gambling separated is no longer an option anywhere, and this is evident by the continuous stream of deals being made between sports organizations and sports gambling and casino operators. The latest, right on the heels of new partnerships between the PointsBet sportsbook and the NFL’s Indianapolis Colts and Chicago Bears, the Tennessee Titans are in the game, having secured an agreement with BetMGM.

Tennessee only just approved licenses for sportsbooks a few days ago, and the ink is still wet on the contracts. DraftKings, FanDuel and BetMGM are all set to go in the Volunteer State, warming up and exercising ahead of the opening whistle in just over a month. The Titans announced the new partnership with BetMGM yesterday and, with that, the team is the first professional sports team in the state to connect with a sports gambling operator. Asserts the NFL team’s senior VP and chief marketing officer, Gil Beverly, “We are thrilled to bring BetMGM to the state of Tennessee. BetMGM will deliver new experiences and levels of engagement to our fans and we’re excited to welcome them in as an official partner.”

BetMGM will now be featured on the digital platforms controlled by the Titans and will also see its name run alongside field goal attempts, video board replays and more during live games. The sportsbook, controlled through a partnership between MGM Resorts International and GVC Holdings, is also going to hold an upcoming raffle to raise money for the Titans Foundation, and will be the exclusive naming rights partner of the Titans’ Saint Thomas Sports Park television studio. In addition, it will also appear in connection with Titans All Access and the Coach Mike Vrabel Show.

As opposed to most states, Tennessee is going the virtual route with its sports gambling. It will offer an online-only market, which should appeal to most people, anyway. In terms of revenue, online sports gambling has been winning the race against retail hands-down, and is inarguably the future of most sports betting everywhere.

This isn’t the first big sports deal for BetMGM, which now has a number of feathers in its cap. It’s connected to MLB, the PGA Tour and NASCAR, and also has deals in the NFL with the Denver Broncos, the Detroit Lions and the Las Vegas Raiders. As much as some have tried to keep distance between sports and sportsbooks, the two are finding ways to hook up and will forever be joined at the hip.

BetMGM has a new parlay option it hopes will give it an edge
Erik Gibbs
15 October 2020
.