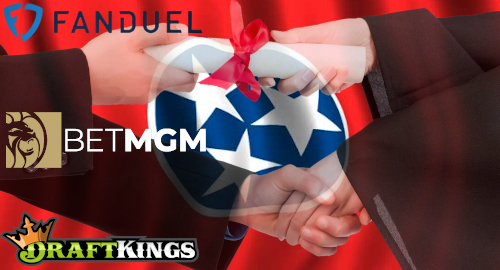 Tennessee sports bettors are gearing up for a November 1 launch of legal wagering after the state approved its first three bookmaker licenses.

The successful applicants currently represent the three biggest US-facing operators in terms of online market share, which may or may not be the reason their names were the first drawn from this hat. A spokesperson said earlier this month that the Lottery had received four ‘complete’ operator applications plus another ‘incomplete’ application. A local firm, Tennessee Action 24/7, is the only other confirmed applicant.

The Lottery committee won’t meet again until October 5, at which other betting applicants may learn whether they’ll be joining the legal betting party when it gets underway on November 1. Lottery officials said earlier this month that the November date was a ‘no later than’ timeline and “we will start earlier if possible.”

That would suit the state’s bettors, who’ve been anticipating legal betting’s arrival since Gov. Bill Lee allowed the state’s online-only betting legislation to become law without his signature in May 2019.

Since then, Tennessee has endured numerous delays in crafting its betting regulations and few were happy with the final result. This included a hefty 20% tax on betting revenue and a cap of 90% on the annual payout percentage for each operator.

This requirement to hold a minimum 10% of wagers – failure to do so could result in financial penalties – will force operators into offering the kind of unfavorable betting odds that have hobbled Intralot’s US operations to date. Tennessee’s original plan to require a 15% hold was even further detached from reality.

Tennessee was also the first US state to approve betting legislation that explicitly requires operators to utilize league-supplied data for in-play wagering purposes. Virginia has since approved betting regulations that also give leagues the right to not only compel operators to pay for official data on “commercially reasonable terms” but also gives leagues veto power over certain types of wagers on their respective sports.

Makes us wonder if perhaps that one would-be Tennessee operator’s ‘incomplete’ application consisted entirely of giant letters in red Sharpie saying ‘Are you high?’