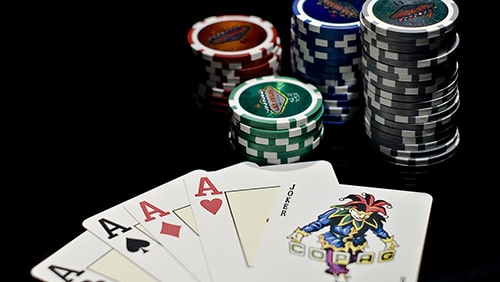 After a tumultuous battle Phil Hellmuth triumphed for a second consecutive time against Antonio Esfandiari in the $200,000 game High Stakes Duel on PokerGO.

In the first bout back at the start of August, Hellmuth reigned supreme, and it was a case of same again this time round as The Poker Brat beat The Magician into the proverbial top hat.

The freshest of a raft of great shows on PokerGO, the series features a $50,000 buy-in for each player, which upon one player losing, can be doubled if the two want to go at it again. At any stage, should the loser drop out, someone else can take their seat, with a potentially huge $12.8 million prizepool being on the line by Round 8.

This, of course, was Round 2, and Esfandiari was more than confident in the weigh-in, hosted by Nick Schulman. Declaring himself, “Ready to tie it up and see if he challenges me for Round 3”, said the man known as ‘The Magician’. “When its poker, its war, and there is nobody I want to beat more except for maybe Phil Laak – they’re a very close first and second.”

Hellmuth, perhaps unpredictably, was way more respectful, and told Schulman – and the many viewers tuning in giving the spectacular social figures garnered by Poker Central in the aftermath – that Esfandiari is ‘just an incredibly tough opponent – a bit unpredictable, aggressive and he’s a great player.”

Asked if he was re-challenge if he lost a second time, Esfandiari said “Auto. Standard auto. If I lose, just auto-challenge.”

Esfandiari will be required to do exactly that, losing to Hellmuth in just a few hours, and it was Hellmuth who started fastest. He won a series of small pots to move ahead and then managed to get away from Esfandiari’s trips made on turn and river.

“How does he know?” Esfandiari said when he won the hand. He was happier a few rounds later when he took the lead coutesy of an expensive series of bluffs both pre-flop and post from Hellmuth. The tables were to turn in dramatic fashion, however, an ace on the river giving him the better hand and prompting a smart rebuke from Esfandiari for being fortunate in the extreme.

“He’s so lucky,” Esfandiari declared. “Two of the biggest spots in the tournament and I got rivered both times. First match, and this one. Ace don’t come I guarantee he’s done.”

Salty. While the lead would flip between the two consistently, Esfandiari having a 3-to-1 chip lead, play tightened up a little. It was as if both players sensed the next major swing of the pendulum might be the last.

So it proved. Hellmuth doubled three times from an all-in and at risk position to lead after winning with two pair against a smaller two pair, leading to a frustrated exhalation from Esfandiari, whittled to just 15 big blinds.

“You really are blessed,” Esfandiari told Hellmuth. “This guy is so lucky.”

The final hand saw The Magician dominated and unable to trick his way out of it, all-in with jack-ten and up against Hellmuth’s king-ten.

Conceding victory at the last, Esfandiari told Hellmuth, “It was fun. We battled today and you deserved the ‘W’.”

Hellmuth was quick to reference the most painful hand for Esfandiari to lose.

Esfandiari will take up that gauntlet of Round 3 when the duo will duke it out for a $400,000 prize, in as little as just three weeks. Who’ll win? You can watch all of Round 2 to get some clues right here: