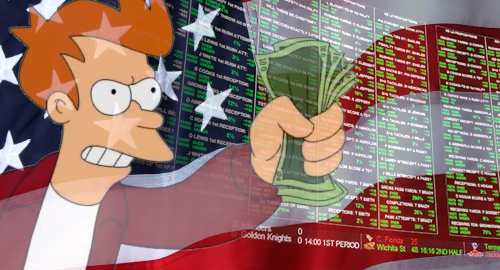 The US sports betting market has seen a flurry of new operator launches and states reporting handle/revenue figures, so let’s dive right in, shall we?

In West Virginia, sports betting handle hit $40.4m in August, a new record for the state and more than two-and-a-half times the $16m the state reported in July. August’s online handle of $31.1m was nearly twice July’s total, a figure that will only grow larger in September as additional operators go live. August’s betting revenue gained one-quarter to $2m.

Lest we forget, West Virginia’s fledgling online casino market reported customer spending of $39.6m in August, from which $555k of revenue was held. BetMGM ended DraftKings local online casino monopoly in late August, so September’s figures should see a boost.

Iowa welcomed UK bookmaker Betfred’s US subsidiary into its active online betting ranks this week. The Betfred USA Sports app also made its debut in Colorado’s increasingly cluttered online sports betting market, following hot on the trail of William Hill US, which made its Colorado debut on Monday.

In Indiana, the state’s betting operators handled $169m worth of wagers in August, with online claiming nearly $144m of that total. August’s total marked a 47.6% month-on-month improvement, while August’s betting revenue hit $9.8m, around $3.1m higher than July.

DraftKings and FanDuel continue to dominate Indiana’s betting market, with they and their land-based casino partners reporting handle of $78.6m and $50.7m, respectively, last month.

Indiana also released betting totals for its most recent fiscal year, which showed handle of $1.2b and revenue of $95m in the 12 months ending June 30. The state’s share of that bounty came to just under $7.5m, which isn’t bad considering the sandbagging the betting market took this spring due to COVID-19.