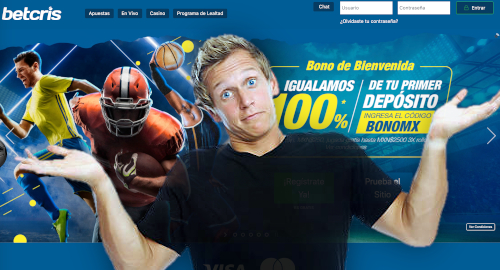 On Tuesday, the NFL announced that the Costa Rica-based, Malta-licensed Betcris was its new official sponsor in Mexico, Central America and South America. The deal will provide the bookmaker with official NFL data for in-play betting purposes, as well as access to league trademarks and brand exposure on NFL digital properties.

Betcris will also become an official sponsor of the NFL’s 2021 game in Mexico City’s Estadio Axteca (assuming COVID-19 cooperates), as well as becoming a presenting partner of the league’s free-play Pick’Em app.

BetCris CEO JD Duarte said the NFL nod was “the culmination of years of work to make Betcris a household name in Latin America.” Chris Halpin, the NFL’s director of strategy and growth, said the league’s growing profile in LatAm made it “important that we partner with a trusted industry leader in the territory.”

Betcris’ LatAm dominance is the result of the company refocusing its efforts on markets south of the Rio Grande after its 2007 withdrawal from the US betting market following passage of the Unlawful Internet Gambling Enforcement Act.

Time apparently heals all wounds, as Betcris was once one of the operators the NFL claimed were an existential threat to the integrity of its games. But that was before the US betting ban was overturned and the NFL realized the sheer volume of revenue it could generate through betting-related endeavors.

Betcris may have left the US market, but its influence remains. Last month, Betcris briefly posted an erroneous line on a National Basketball Association game that was almost immediately copied by land-based and online bookmakers around the planet, including many holding licenses issued by US betting-friendly states.

This is the second sponsorship deal Betcris announced this week, following Monday’s news that the bookmaker had signed on as official sponsor of Mexico City-based football (soccer) club Atlante FC. Betcris is already sponsoring the Mexican National Football Team.