Home / Sports / Tokyo Olympics to happen in 2021 no matter what For the most part, sporting events have returned, but the year 2020 will never have had it’s Summer Olympics. But according to the International Olympic Committee (IOC), we won’t go more than another year without the Tokyo Olympics, regardless of what the Covid-19 pandemic does next. 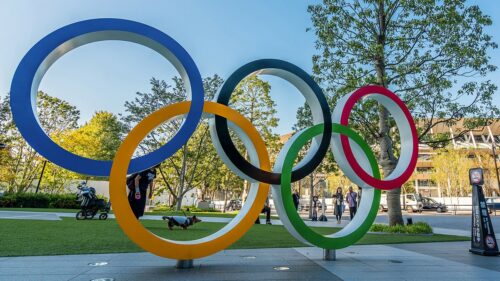 IOC Vice President John Coates told the Associated Foreign Press the Tokyo 2020 Olympics will be the “Games that conquered Covid.” He concluded that no matter what, “It will take place with or without Covid. The Games will start on July 23 next year.”

The game’s have been loaded with meaning from the start, originally seen as a tenacious comeback from another disaster. “The Games were going to be, their theme, the Reconstruction Games after the devastation of the tsunami,” Coates said, referring to the Tsunami that destroyed so much of Japan in 2011. But the focus is now on the latest disaster. “Now very much these will be the Games that conquered Covid, the light at the end of the tunnel.”

Simply put, there’s too much money in the games to cancel them entirely, so Coates statement isn’t shocking. The IOC has already put forward a fund of $650 million for postponement costs, and another $150 million to help Olympic federations make it to next year.

But the big question is, how will they pull it off? Japan has closed its borders to most foreign travel, and the problems of throwing the games during a national pandemic have been likened to when the Olympics had to go small in 1920 and 1948, due to the World Wars.

Still though, the 2021 version of the 2020 Olympics are expected to be very well prepared. Coates credited the Japanese government for keeping everything on track. “Before Covid, (IOC president) Thomas Bach said this is the best prepared Games we’ve ever seen, the venues were almost all finished, they are now finished, the village is amazing, all the transport arrangements, everything is fine,” he said.

With Chief Cabinet Secretary Yoshihide Suga expected to be the next Prime Minister of Japan, that’s not likely to change. He’s been one of the driving forces behind the Shinzo Abe administration, and is widely expected to keep everything currently planned chugging along.