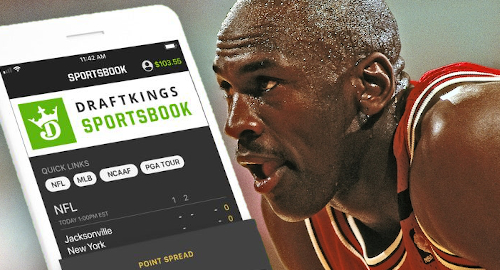 Sports betting operator DraftKings has welcomed basketball legend Michael Jordan as a special advisor and owner of an undisclosed equity stake in the company.

On Wednesday, DraftKings announced that Jordan had “agreed to take an equity interest in DraftKings in exchange for providing guidance and strategic advice to the board of directors on key business initiatives.” Jordan will provide direction on “company strategy, product development, inclusion, equity and belonging, marketing activities and other key initiatives.”

DraftKings’ share price shot up around 15% in the immediate aftermath of the company’s announcement but sanity has since been restored and the shares are currently trading up less than 4% from Tuesday’s close.

DraftKings CEO Jason Robins hailed Jordan as “among the most important figures in sports and culture,” and said the NBA Hall of Famer would bring “invaluable” knowledge to the table. Jordan has yet to publicly comment on the announcement.

Jordan’s history with betting is the stuff of legend, as detailed in the recent ESPN documentary series The Last Dance. Jordan previously dipped his toes into the betting business world by taking a stake in sports data firm Sportradar, which supplies real-time data to betting operators for in-play wagering.

Being viewed as a degenerate bettor didn’t stop Jordan from becoming chairman of Hornets Sports & Entertainment, the company that controls the National Basketball Association’s Charlotte Hornets franchise. The notion of a team owner taking a stake in a betting operator may strike some as problematic, given the possibility of a conflict between a team’s fate and a sportsbook’s exposure.

The NBA issued a statement saying it had no qualms about any of its team owners getting into bed with sports betting and fantasy sports businesses, “subject to safeguards required under league rules to prevent actual or perceived conflicts of interest.”

Some US states in which DraftKings operates prohibit team owners from having an ‘ownership interest’ in betting operators, although the size of Jordan’s DraftKings stake may be small enough to slip under the percentage that requires licensing by gambling regulatory agencies.

New Jersey previously prohibited the Golden Nugget casino sportsbook from taking wagers on NBA games due to casino owner Tilman Fertitta’s ownership of the Houston Rockets. However, that restriction was lifted last year in favor of a more limited prohibition on the Nugget taking wagers on Rockets games.

Last week, Robins told CNBC that he hoped his company would become a “major disruptor” of the betting space, similar to the impact firms like Amazon, Apple and Google had on the tech space. DraftKings is currently offering sports betting in nine US states, with three more – Michigan, Tennessee and Virginia – possibly joining that group before the year’s end.

DraftKings started as a daily fantasy sports operator and the company isn’t ignoring its roots. Ahead of next week’s NFL season kickoff, the company is rolling out its ‘Reignmakers’ marketing campaign, in which groups of celebrities will compete against rank-and-file DFS players for a weekly $10k prize.