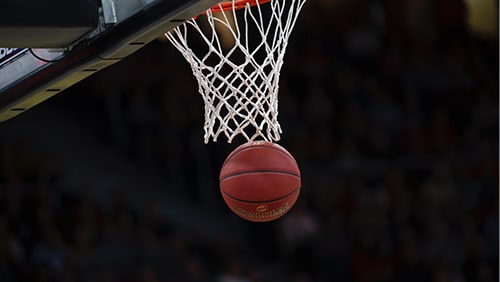 One small benefit of the coronavirus pandemic shutting down the NBA for around four months? Playoff basketball in September for the first time. Tuesday is the first day of September and there are two postseason games on the schedule from the ESPN World Wide of Sports Complex in the Orlando bubble.

The first game at 5:30 p.m. ET is the Eastern Conference third-seeded Boston Celtics as 1.5-point underdogs against the No. 2 Toronto Raptors in Game 2 of their conference semifinal series. Interesting line considering Boston largely dominated Game 1 in a 112-94 victory Sunday to improve to 4-1 against the Raptors this season.

Boston’s Jayson Tatum had 21 points and nine rebounds and Kemba Walker 18 points and 10 assists, but those two stars are expected to play well. The Celtics also got surprising contributions from Daniel Theis (13 points, 15 rebounds), Marcus Smart (21 points, six rebounds) and Robert Williams III (10 points, five rebounds in only 19 minutes off the bench).

Raptors All-Star point guard Kyle Lowry was in question with a sprained ankle but played through it and had 17 points, eight assists and six rebounds. Pascal Siakam struggled with 13 points on 5-for-16 shooting. Toronto shot just 36.9 percent from the field overall and was 10-for-40 from deep.

The nightcap at 8:30 p.m. ET is Game 7 of the first-round series in the Western Conference between the No. 3 Denver Nuggets and No. 6 Utah Jazz. The winner of that game, with the Nuggets as 1-point favorites, will face the No. 2 Los Angeles Clippers in the next round.

Utah already has had two chances to finish Denver off but lost 117-107 in Game 5 and 119-107 on Sunday in Game 6. This series has been the Donovan Mitchell (Jazz) vs. Jamal Murray (Nuggets) show. Murray had his second 50-point games of the series on Sunday with exactly half a hundred. He’s averaging 34.0 points in the series and has scored 142 points over the past three.

Only two players in league history have scored more points over a three-game span in the playoffs: Jerry West (1965) and Michael Jordan (1988). The Nuggets also got a big boost Sunday when Gary Harris played for the first time since March. He had been dealing with a hip injury. Harris had four points and three rebounds in 21 minutes off the bench.

Mitchell also has two 50-point games in the series but was “held” to 44 in Sunday’s loss. He’s putting up 38.7 points per game against the Nuggets. Denver is 7-2 ATS in the past nine meetings overall.