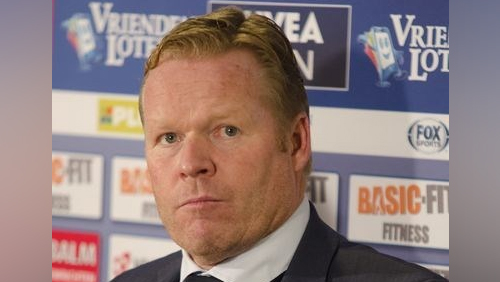 The prospect of managing Barcelona has always appealed to one of its most famous former sons. Ronaldo Koeman, former central defender and free-kick specialist for the Catalans, has left his role as Holland manager to take over at the Nou Camp this week.

In the aftermath of Barcelona’s debilitating 8-2 defeat to Bayern Munich in the quarter-finals of the Champions League, Koeman’s new task in the Catalonian city looks gargantuan.

While Barcelona have arguably the greatest player in the world in Lionel Messi, the magician turned 33 in June and is in the twilight years of his career.

There is even speculation that he might sign for Manchester City (2/1), Inter Milan (3/1) or Paris St. Germain (5/1) this summer, with the Argentinian possibly seeking one last major contract in another league after spending his entire club career in Spain.

Koeman must try to keep Messi, but other players in their thirties will surely be allowed to leave. Sergio Busquets at 32, is still possibly Barce’s best midfielder, which says a lot about those around him. Arturo Vidal and Gerard Pique, both 33 years old, look expendable to the point of embarrassment, once great players now shrinking shadows of their former selves.

Moving on some of the older players is one thing, but the next generation needs lot of help coming through. Ansu Fati isn’t 18 until October, when his release clause will become a rumoured €170 million. It’s not that currently, though and the Spanish wing-forward is said to be interested in joining super-agent Jorge Mendes’ stable. If he does, then he could well be on the move.

Elsewhere, blooding 23-year-old Frenkie De Jong shouldn’t be too much trouble for the man who has been his international boss for two years. That said, bringing in another big midfielder might be.

If fellow 23-year-old and former Ajax teammate of De Jong, Donny van de Beek, could be persuaded to swap Amsterdam for Barcelona, then a double Dutch axis in midfield could provide a platform for the future. Van de Beek is said to be wanted by Real Madrid, too, though.

Possibly Koeman’s greatest hurdle to overcome in the pursuit is his own board. With Josep Bartomeu declaring that several of Barcelona’s players are non-transferable on Tuesday at a press conference to unveil Koeman, in the words of the Barcelona President, “Messi is untouchable and non-transferable – he knows it, we all know it. But there are various non-transferable players like Ter Stegen, Lenglet, Semedo, De Jong, Griezmann [and] Dembele, players we are counting on in the future.”

Whether Fati’s absence should have meaning read into it is debatable, but Bartomeu clearly wants to be in control of much of the revolution. Koeman is not known for ceding control, especially to a board who have clearly let things slip while in charge. Bartomeu himself has been rumoured to be on the move more times that Harrison Ford in The Fugitive.

Koeman lasted little over a year at Everton, with much of the problem being clashes between him and others at the club. Results are hard to come by in some roles, and Barcelona cannot expect to have things all their own way. The latest odds have Real Madrid as just 5/6 favourites to win the title, with the Catalans at 6/5. That looks kind to Koeman’s side, especially with Zidane having been in charge for plenty of time already, planning for the future.

With Atletico Madrid (14/1) and Sevilla (33/1) not to be discounted either, La Liga could be a lot closer than Koeman will hope… and perhaps most importantly, the fans expect. At the Nou Camp, anything other than perfection can be greeted with derision.

The future of Barcelona is up for grabs. We will find out in the coming months whether Ronald Koeman is the homecoming hero with both hands on the wheel or a man who is desperately reaching for the handbrake to perform a spectacular turn that comes loaded with risk.

Every football fan will be looking forward to the first Barcelona game of the 2020/21 season, but none more so than the man who scored the winning goal in the 1992 European Cup final to win the trophy, Ronald Koeman.