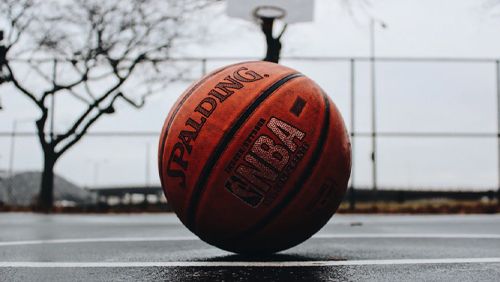 The NBA has already faced – quite successfully – a number of challenges this year because of the coronavirus pandemic. After the season was suddenly halted as it entered its second half this past March, it was able to figure out an alternative to the NBA Finals, moving the top teams to Disney World in Orlando, Florida to play in what has affectionately become known as the NBA Bubble. The plan worked, and the remaining teams are now in the playoffs as they compete to see who will be the best team of this odd, 2019-20 season. If the LA Lakers keep going the way they have been, they’ll be eliminated quickly, but that’s a topic for another day. Now, it’s time to focus on other changes the NBA has to make in order to prepare for the future and allow up-and-coming stars to leave their mark on the world’s basketball league.

The NBA Draft Lottery will be held tomorrow, adopting a virtual format similar to that used for the NFL Draft. Team representatives will participate in a large Zoom call, bringing together 14 teams that need the most help in the upcoming season. They include the Atlanta Hawks, the Charlotte Hornets, the Chicago Bulls, the Cleveland Cavaliers, the Detroit Pistons, the Golden State Warriors, the Memphis Grizzlies, the Minnesota Timberwolves, the New Orleans Pelicans, the New York Knicks, the Phoenix Suns, the Sacramento Kings, the San Antonio Spurs and the Washington Wizards.

Sports gambling fans can even place bets on who will win the lottery. Following the lottery, the NBA Draft is expected to be held on October 16 – most likely, it will be virtual, as well. Where and at what time the draft will take place hasn’t been released.

In addition to the virtual draft lottery and a potential virtual draft, there is also another first for the NBA this year. It could be considering changes to how it runs the NBA Combine, an opportunity for second-round players to show off their talents and grab attention from teams and scouts. The details haven’t been completely worked out yet, but the idea is, instead of grouping all the players together at one facility, there could be regional Combines established, reducing the risk of spreading COVID-19.

According to ESPN’s Adrian Wojnarowski, “In what’s likely to become one of the most wide-open draft processes in years, prospective players would attend selected regional team facilities throughout the country, sources said. The plan would include team doctors administering physicals at local hospitals and league officials recording body measurables and putting players through physical testing at team facilities, sources said.”

The Combines are expected to take place next month, which means there is still a lot of work to be done in a short amount of time. The coronavirus has forced all sports organizations to make changes to their procedures, but they have seen a considerable amount of success, all things considered. This is an abnormal year for sports, and there’s no way to apply a normal solution any of those procedures.