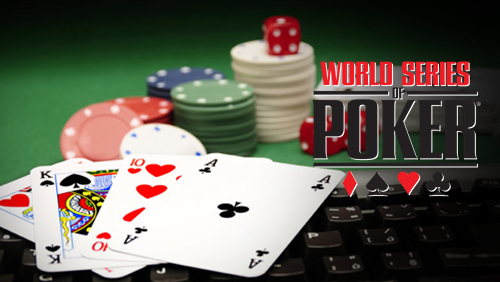 When it was given a $5 million guarantee back in April, the GGPoker WSOP Mini Main Event might have been expected to scrape past that ambitious total.

That was GGPoker and the WSOP completely blew everyone out of the water with bumper attendances, WSOP bracelet celebration videos and enough excitement to make people almost forget that it was all going on behind closed doors and computer screens instead of catching your death of cold in the Rio, shivering in the air conditioned climate more akin to living in Siberia than Las Vegas.

Once the dust settled on registrations in the Mini Main Event, the prizepool was huge, and at $7.2 million represented a serious success story for GGPoker, the poker site on which the tournament – and the final 54 of the 85 planned events – took place.

It took over 16 hours at the felt to crown a winner and award that famous WSOP bracelet and when it was won, it went to Ivan Zufic, who won his first-ever WSOP gold. Costing just $500 to enter, the event welcomed 15,205 entries. Zufic won $843,460 to add to his monumental achievement in grabbing the gold.

With a massive 15 starting flights, that whittle the field down from over 15,000 hopeful entries to 2,055 hardened souls all fighting for the title.

The money bubble took a whopping 90 minutes to burst and when it did, it was Jesse Vilchez who missed out on the double-up cash. Vilchez was all-in and at risk with pocket queens and started the hand well ahead of his opponent’s five-four. The board ran out ace-two-eight-three-king to send Vilchez home on the turn, which gave his opponent ‘ilovesoobin’ a wheel straight.

Some big names made the money but couldn’t turn a good result into a deep run, with GGPoker’s own ambassadors of Daniel Negreanu, Bertrand ‘ElkY’ Grospellier and Felipe Ramos all cashing but falling short of the business end of the event. Others to bank some profit but never threaten the final table included Joao Vieira, Asi Moshe, Daniel Dvoress, Chance Kornuth and the player who recently lost the biggest NLHE cash game pot online of all-time, Michael Addamo.

At the final table, Zufic entered play with the chip lead, but it didn’t last long as Indian player Suraj Mishra busted Austrian player Fedor Kruse to send him home with $41,566. The next players to depart left in short order with Singaporean player ‘BLACKPAPAYAA’ followed from the virtual felt by Australian Troy Mclean, who added to his cash from finishing 95th in the GGPoker $800 Double Stack Pot Limit Omaha WSOP Event #53.

With six players left, British player Derek Miller may have the online moniker ‘XrayEyes’ but he didn’t see his elimination coming, before Ukrainian player Oleksii Kravchuk busted in 5th place for a massive payday of $188,567. They weren’t the only ones to see their hopes evaporate in a fast and furious period of action, with Germany’s Daniel Saugspier (4th for $275,200) and Australia’s Daniel Neilson ($401,635) both bowing out.

The heads-up battle kicked off with both Mishra and Zufic holding roughly equal chips, but that didn’t last long. Zufic quickly established a lead before applying maximum pressure to force Mishra into an all-in move, which the Indian made with pocket deuces. Zufic made the call with ace-nine and an ace on the flop was all she wrote. The Croatian had bagged by far the biggest online score of an already superb career to date, banking an incredible $843,460 as well as a $12,000 package to play the WSOP Europe Main Event.

If it’s online, we wouldn’t back against Zufic, who really impressed over the course of an arduous battle to claim his first-ever WSOP bracelet.