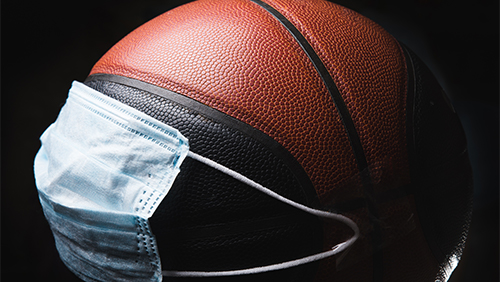 This has been the year of the NBA. The basketball league has made a couple of firsts that will forever become a part of any playbook, and the hits keep on coming. The NBA Bubble in Orlando, Florida has proven to be a highly successful alternative if another global pandemic comes along, although it hopefully won’t be necessary, and the league was behind a major study on a potential coronavirus test that could now have worldwide implications. Led by scientists at Yale University, a saliva-based COVID-19 test involving the NBA has just received approval by the Federal Drug Administration (FDA).

The test, SalivaDirect, was administered to players and staffers on various NBA teams after being approved by the league and the National Basketball Players Association (NBPA), with both the NBA and the NBPA also assisting with funding. Currently, a nasal swab has been the most accepted form of COVID-19 test, but it’s costly and results can take days to be received. SalivaDirect is said to be just as accurate, doesn’t require any additional components and can be read considerably sooner.

Explains Chantal Vogels, a Yale postdoctoral fellow, who led the laboratory development and validation along with adjunct assistant clinical professor Doug Brackney, “This is a huge step forward to make testing more accessible. This started off as an idea in our lab soon after we found saliva to be a promising sample type of the detection of SARS-CoV-2, and now it has the potential to be used on a large scale to help protect public health. We are delighted to make this contribution to the fight against coronavirus.”

Because the test doesn’t depend on any proprietary technology, it becomes substantially easier to use. In addition, Yale, unlike the pharmaceutical companies, doesn’t plan on using SalivaDirect as a money-maker. Instead, it will make the protocols available to diagnostic laboratories so that these can help facilitate widespread testing. These labs, however, could (and definitely will) charge for the tests, with estimated costs coming in at around $10 each.

After being shown the effectiveness of the test, the FDA decided to fast-track its approval, which will make it easy for SalivaDirect to be made available quickly, possibly within just a couple of weeks, and could make it possible for twice as many tests above current numbers being facilitated each day . Connecticut’s Jackson Laboratory for Genomic Medicine will work with Yale to determine how to distribute the test quickly, with the lab’s director, Charles Lee, explaining, “We must continue to invent and implement new ways to conduct SARS-CoV-2 testing faster, more economically and with greater accessibility, while maintaining acceptable test accuracy. This method is an important next step toward this goal.”