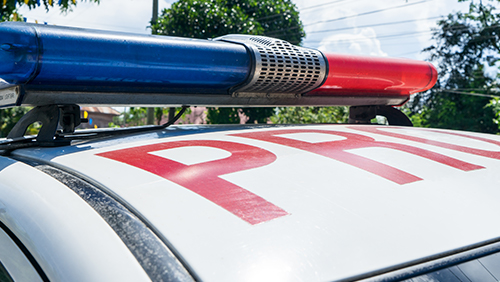 Chinese Philippine Offshore Gambling Operator (POGO) employees have been the target of much criticism lately, as they are the practically voiceless suspect of so many of the Philippines woes. Three disgraced policemen have allegedly taken advantage of that fact, appearing to have stolen P827,000 ($17 thousand) from POGO employees.

Pat. Ryan John Mercado, Cpl. Michael Rikk Carpena and Staff Sergeant April Nikko Faelnar, with four other accomplishes, were charged with robbery by Mutinlupa City’s prosecutor. The robbery was committed on August 11 with the assistance of POGO driver Angelo Perlota, who so far has been the only man arrested from the crew and has admitted to being the inside man of the robbery.

Perlota allegedly exited POGO’s compound gate, and when he was about to reenter, the group lead by the three policemen barged in. They disarmed the security guard and announced that they were members of the National Bureau of Investigation (NBI). They then found the room where CCTV footage was stored and took the hard drive, erasing evidence of their crime.

But if the POGO employees believed this to be a raid by the NBI, the conduct of the robbers quickly made it clear that this was a much more run of the mill attempt at theft. A group of Chinese employees had their personal belongings taken from them, including diamond rings, cell phones and a tablet were taken from them. They were left P827,000 poorer by the end of it.

Mercado and Carpena were earlier reported as absent without leave (AWOL) by the Philippine National Police, while Faelnar was still in active service at the time. Mercado appeared to have gone AWOL immediately after failing a drug test, and Carpena went AWOL after being transferred to a new unit.

While two of the alleged robbers were disgraced policemen, it raises the question if the authorities charged with combatting the crimes of POGO workers are any better than most of the alleged crimes of that group. Kidnappings are of course a heinous crime, but Chinese-Filipino community leader Teresita Ang-See has cited the more mundane cultural frictions as reasons why discrimination has become so common against the Chinese community, like spitting and belittling service workers.