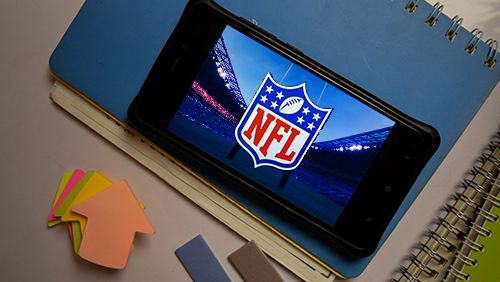 Fans of American football living in parts of Europe have something to look forward to this season. Watching NFL games live can be difficult due to lack of broadcasting options, as well as time zone differences. At least one of these is controllable and is about to change. Fans in the U.K. and Ireland will now have much easier access to games each week, thanks to a new agreement reached between the league and major European TV broadcaster Sky. An entire channel dedicated to nothing but the NFL is about to be launched ahead of the upcoming season.

Sports Business reports that the deal will run from the upcoming season, set to get underway on September 10, through the 2024-25 season. Sky Sports NFL will provide coverage of at least five games a week, as well as some Sunday games, all playoff contests, the Pro Bowl and the Super Bowl. There will also be additional programming thrown in to cover the gaps when live games aren’t being aired.

NFL Commissioner Roger Goodell says in a statement, “This new five-year agreement and the launch of a dedicated Sky Sports NFL channel will undoubtedly continue our rapid growth in the U.K. and Ireland. We are excited that our expanded partnership with Sky will provide even more NFL content to our millions of U.K. and Irish fans.”

The NFL and Sky have had a working relationship in place for the past 25 years, but this is the first time the league is getting a dedicated channel on the network. It will give NFL greater exposure across the U.K. and Ireland, where it has held one or two games annually for the past several years. This upcoming season would have included four games if it hadn’t been for the COVID-19 debacle. England has consistently been seen as a worthwhile springboard for further league expansion into Europe.

Adds Sky UK and Europe CEO Stephen van Rooyen, “Sky Sports has shown live NFL since 1995 and played a big role in growing the sport in the U.K. and Ireland over the last 25 years. Now, as part of Comcast, we are excited about taking our partnership to a whole new level.”

While college football is on the brink of total collapse this year, the NFL doesn’t plan on changing anything with its regular schedule. It already had to drop preseason games, but the latest chatter indicates that its full steam ahead for the season launch next month. The league has been regularly testing players and staffers for the coronavirus, and the results are extremely promising. The latest figures show that less than 1% of the tests have come back positive.

The NFL and the NFL Players Association recently agreed to extend daily testing, instead of dropping it to every other day as had previously been planned. However, now that full-contact practices are expected to start next week, the league is going to do everything it can to keep the infection rate where it is or lower. As long as there is no significant spike, the season should be able to get underway without a hitch.