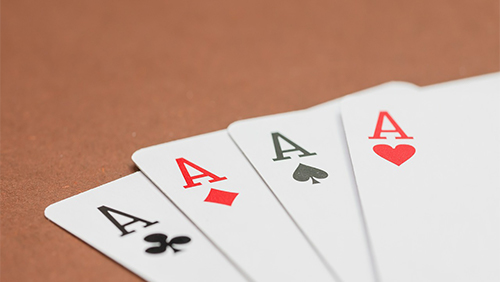 After an epic final table, Daniel Dvoress has taken down the $1,500-entry Millionaire Maker for a humungous payday of $1,489,289. The Canadian player, used to mixing it with the very best in the business, pushed himself past $15 million in tournament earnings after he outlasted 6,298 opponents on his way to a famous win.

Dvoress could legitimately be christened one of the best players never to win a bracelet – a little like Stephen Chidwick was before he broke his personal duck last summer. However, Dvoress doesn’t play many WSOP events and is not a regular in Las Vegas, so in many ways, the WSOP 2020 Online Series replacing the summer Las Vegas World Series has been a positive for Dvoress’ chances of scooping a fabled gold bracelet.

It was a case of the haves and have-nots as the final table kicked off, with Dvoress holding 30 big blinds as chip leader, but many players with a lot less, including four players well below the 10-big blind level. The shallow nature of the final got even more pronounced within a few minutes as the blind level was increased after the very first hand. The first player to bust was Lithuanian player Aneris Adomkevicius, and no sooner were they down to eight was another player leaving.

Polish player Tomasz Cybulski bit the dust before Swiss player Ronny Kaiser, who had folded to leave himself with half a big blind in order to ladder up earlier, made his way from the tournament with just a couple of blinds hoovered up in the process.

Dvoress, as you might expect, had been wielding the axe, though oddly didn’t bust any of those early departures. That was about to change. Brazilian player Neville Endo Costa fell victim to Dvoress and he was shortly followed from the felt by Argentinian Alejandro Caridad and Canadian player Michael Nugent.

Partypoker pro Anatoly Filatov enjoyed a terrific run from starting the day with 7.5 big blinds to finishing in 3rd place for $772,251.

Heads-up, it was a battle between Dvoress and Caio De Almeida, who doubled up pretty quickly to threaten Dvoress’ chances of ending his wait for a bracelet. The Canadian would not be denied, however, and after winning four straight hands, maneuvered himself into a position where De Almeida had to move all-in a little wider.

With De Almeida doing so with king-eight, Dvoress called with king-queen and managed to seal the deal, winning $1.49 million. De Almeida, despite finishing as runner-up, still banked a seven-figure score with $1,072,428 heading into the Brazilian’s bank account.

You can watch all the action from an exciting final table right here: