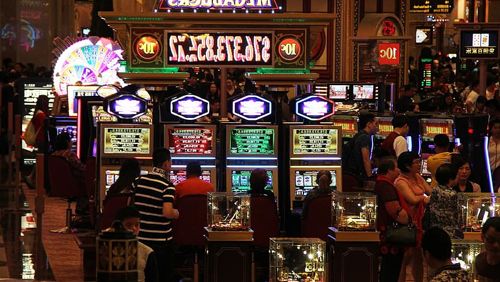 There’s one thing that’s perfectly clear about Japan’s integrated resort (IR) plans – it’s that nothing is perfectly clear. By now, everyone had expected the industry to be much further along than it is; however, as with any type of construction, there are always unforeseen delays. In developing the IR Basic Policy that would govern the gambling space, Japan has had to overcome several obstacles, including a pesky worldwide pandemic that doesn’t seem to want to go away. Even though there may soon be a vaccine for the coronavirus, the damage has already been done. According to Japan’s tourism minister, it is almost a necessity that the IR Basic Policy framework is reevaluated before it can be released, and this is going to slow down the process even more.

The news that delays are coming doesn’t come as a surprise, as there were rumors floating around last month that the release of the Basic Policy would miss its July deadline, possibly leading to several more months of having to wait. Now, though, Japan’s Minister of Land, Infrastructure, Transport and Tourism, Kazuyoshi Akaba, has confirmed that COVID-19 is forcing lawmakers and regulators to take a look at the policies more closely as they consider making significant adjustments. One of the biggest adjustments could center on the amount of cash needed to get a project going.

Akaba said, according to Japanese news outlet Sankei Biz, “Some IR operators who have partnered with local governments are in a difficult situation due to the impact of the new coronavirus, and there have been opinions saying that the future is uncertain. We will act carefully, and once we have properly confirmed the situation with local governments on the ground.”

Several casino operators have already decided to put their Japanese plans on hold due to the delays, as well as the amount of money that would be needed to make a play for one of the first three IR licenses. Now, the prefectures that would most likely host the properties and the operators are dealing with cash squeezes because of the pandemic, which makes things more difficult. Las Vegas Sands, Wynn Resorts, MGM Resorts and others have gotten cold feet, while continuing to assert that a casino in Japan remains on their long-term radars. Of the three MGM Resorts is the only one still in the game, but it has already hinted that it could withdraw if unfavorable investment conditions were applied.

Yokohama, Osaka, Nagasaki and Wakayama, the four primary locations that are on the shortlist for approval, have already been forced to delay their plans because Japan’s Diet hasn’t been able to produce the Basic Policy. With no clear indication as to when that policy will be delivered, or what it will contain, none of the possible hosts can move forward, which is only going to introduce further delays and obstacles once the Basic Policy is, eventually, released.