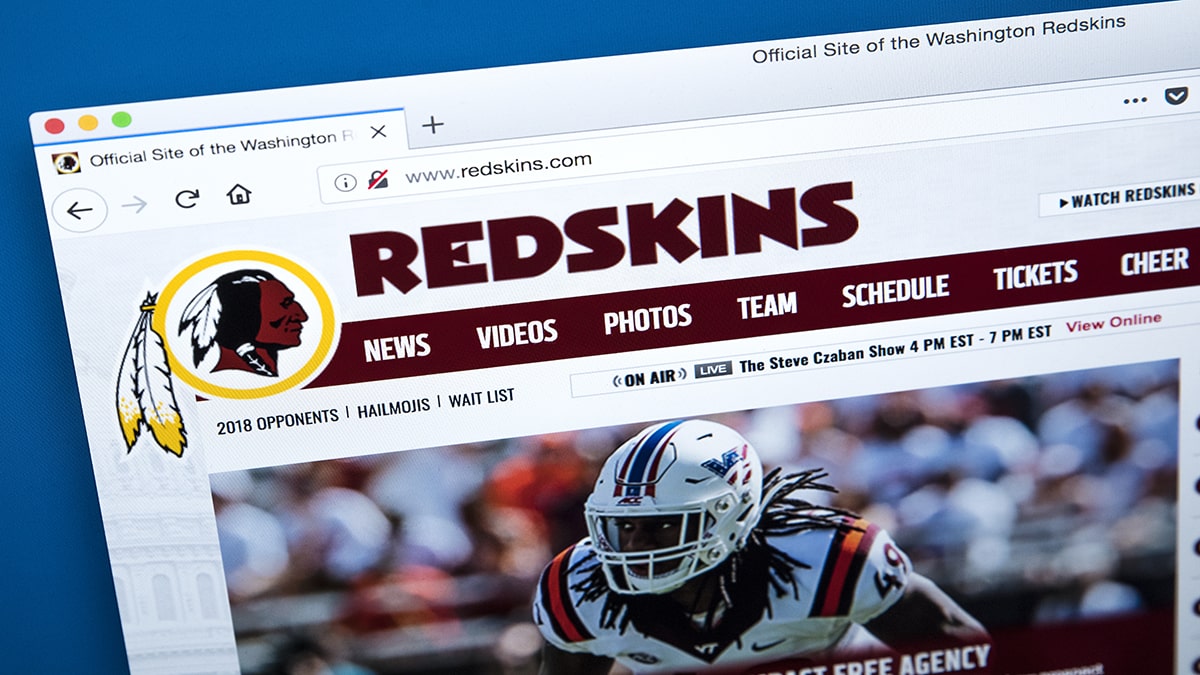 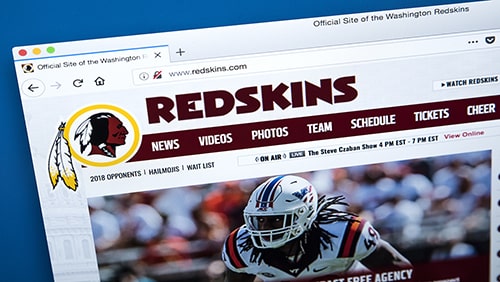 The NFL team formerly known as the Washington Redskins finally caved against overwhelming pressure to change its name this past July, but has yet to offer an alternative. The brass at the franchise is busy with damage control over reports of widespread sexual harassment that has already led to at least five employees, either by force or by choice, announcing their departures. However, it plans on surviving the drama and is making preparations to start the upcoming NFL season along with the rest of the teams. While the team, now simply called the Washington Football Team, may not have a viable name, at least they’ll have pretty helmets.

The team posted a video on Twitter yesterday, unveiling the new helmets as it announced “exciting news.” The individual affixing numbers to the helmet, which will use the same color scheme the team has used for decades, can’t be seen, but he’s applying “20,” which is the number worn by safety Landon Collins. Notably absent from the helmet is any type of logo, moniker, drawing or even shadow, giving the helmet the appearance of being something one would see out of a low-budget rural community college. Previously, the helmets carried the Redskins logo, with the player’s number nowhere on the protective headgear.

Reactions to the changes have been mixed. Some haven’t been afraid to show their opinion of fashionable by supporting the changes, while others recognize that they leave something to be desired. One Twitter user, Dominic Lucente, pointed out, “Looks like a college football helmet but that seems appropriate. You have been playing like a college football team going on many years now.” In the past decade, the former Redskins only had winning seasons twice. Another tweeter aptly summed things up, responding to the team’s announcement by saying, “I don’t think you know what ‘exciting’ means.”

The regular NFL season is expected to get underway on September 10, providing the coronavirus doesn’t force the league to make any last-minute changes. It has already had to scrap the All-Star Game and the preseason games, but everything else seems to, at least for the time being, remain on schedule. If it does, this could be a great fall for sports fans everywhere.

There is still no word on what the Washington Football Team plans on calling itself beyond the current transition period. There are several options being considered, such as the Red Trails, the Warriors and more, but nothing definitive has been announced by the team. If it can’t reach a decision by the start of the season, at least the team will give fans something to talk about, thanks to the helmets.