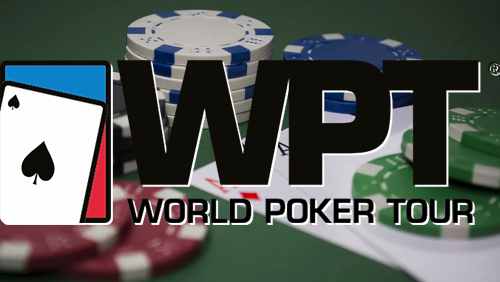 Gavin Cochrane took down the WPT World Online Championships 8-Max Championship for a top prize of $540,664 and a $15,000-entry into the season-ending Tournament of Champions including flights and accommodation as he bested a field of top-quality players to come out on top.

With a total of 1,062 entries, there was over $3 million in the prizepool, and Cochrane it was who got his name on the Mike Sexton WPT Champions Cup, coming into the final table as chip leader and riding out a dramatic last battle to emerge as a deserved winner.

Despite leading as play got under way, Cochrane would suffer an early setback as his missed straight draw saw Dmitry Yurasov double-up into the lead. It was the worst possible start for Cochrane, but he used the energy to carry on playing consistently excellent poker, dominating the late stages of an event which was as fun to watch as it looked to play in.

There was a lot on the action from many players perspectives, with Lars Kamphues hoping to emulate his brother by becoming a WPT champion, with Timo Kamphues taking down the WPT Shooting Stars event. Another who wanted to add the WPT Main Event win to his resume was Ognyan Dimov, who would have secured a famous Triple Crown (EPT, WSOP and WPT title) with the win, becoming only the tenth player in poker history to attain such an achievement.

Alas, for the Bulgarian’s many fans, he fell just short of emulating the achievement attained by Welsh poker wizard Roberto Romanello just a week ago.

The first player to leave the final table was British player Sam Grafton, who had pocket kings cracked then with his remaining chips, lost with pocket kings again in the very next hand to Dmitry Yurasov’s ace-ten, the Belarussian picking up a prime scalp with runner-runner.

Cochrane was hanging in there, but others fell. Dimov’s push for Triple Crown glory fell short before Jiachen Gong made his exit too. Cochrane took out Daniel Colpoys by winning a coinflip before ousting Kazakhstani player Shyngis Satubayev.

With four players left, Thomas Boivin managed to vault into the chip lead but when Cochrane received pocket kings, this time they won out as he eliminated Yurasov with them. When Kamphues was busted by Boivin in a standard shove-call-coinflip spot, it was Boivin who went into the heads-up battle with the chip lead, with just over 70 million chips to Cochrane’s 36.7 million.

It took a double-up for Cochrane with a straight – this time he didn’t miss – for him to go into the lead for the first time since losing that early final table pot and he made no mistake with it. Boivin, now at a chip disadvantage for the first time since four-handed play, moved all-in with ace-four but was called by Cochrane with ace-jack, and a jack on the river sealed a memorable victory for Cochrane against a very good opponent and final table full of exciting drama.

You can catch up on the World Poker Tour round-ups of action on their YouTube channel, where Matt Savage’s weekly ‘Savage Beat’ is already into its second week.