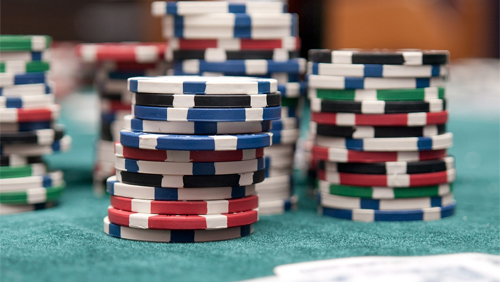 It’s been a very busy few days in the 2020 WSOP Online Series, with bracelets won in Short Deck and No Limit Hold’em. There’s also been a race to the final table of the Millionaire Maker, with Daniel Dvoress proving that he is the man to beat when play reconvenes. Let’s take a look through an exciting collection of events, starting with a Short Deck victory to remember.

The 47th event of this 2020 WSOP Online Series saw Paul Teoh of Malaysia claim the gold bracelet and a top prize of $88,202 on GGPoker. Teoh is something of a mixed game expert, and has already proved his chops in various formats in the regular WSOP and WSOPE events in both 2018 and 2019, so it comes as no surprise to see him as the winner of this 487-player event.

There was plenty of competition at the final table, too, as Mike ‘Sir Watts’ Watson was hoping to end his no-luck run as perhaps the best player left on the planet who hasn’t won a WSOP bracelet. While Watson would eventually miss out, he did at least reach the final table, running deeper than some legendary pros in the process.

With GGPoker ambassador Daniel Negreanu falling just short soon after arriving in Mexico for a month-long grind playing World Series events on GGPoker, just 71 players made the money with Dario Sammartino (36th for $2,679), Danny Tang (29th – $2,679) and Dzmitry Urbanovich (22nd for $3,334) among their number.

It was Mike Watson who held the lead into the final table battle and he still had that lead when just six players remained, but Teoh vaulted up and up the counts, eventually having over half the chips in play when he had pocket tens against Watson’s all-in with pocket jacks. It would have been a huge double-up for Watson, getting him to the best possible position to end that barren bracelet run, but Teoh managed to hit a straight on the run out to skittle Watson’s bracelet dream.

With a massive 4:1 chip lead heads-up, Michelle Shah was a big underdog, and when Teoh called her three-bet, Shah’s ace-jack was well ahead against Teoh’s queen-jack. Again, it looked like Teoh might have got it in bad at the worst time, for a big pot. Instead, the poker Gods reprieved him, and he hit a queen on the flop to win the WSOP bracelet and a top prize of $82,202.

While Shah took home $60,254 for finishing as runner-up, it was Teoh who took the win for his first-ever WSOP bracelet.

With a field of 1,041 players, it is professional poker player Daniel Dvoress who leads the way in the race to become this year’s WSOP Millionaire Maker bracelet winner. The Canadian player will go into the final with 30 big blinds, which might not seem the most, but compared to his peers, Dvoress is deep-stacked.

While a certain ‘Kid Poker’ put Dvoress’s run to the top of the chipcounts down to his choice of avatar, Dvoress got there through bringing his A-Game and may well add a seven-figure score to an already impressive poker resume, with $15 million in winnings. He certainly went for it in the run to the final table, busting the last two players of the night to go into the nine-handed final with a big lead, even over his closest challenger, Argentinian player Alejandro Caridad.

With a ridiculous $1,489,289 top prize on offer – the entry fee was just $1,500 for this tournament – ever player still in is guaranteed a windfall of $107,671 for their efforts. Both the winner and runner-up will become millionaires, with the chipcounts of the lower players showing you just how much power Dvoress and Caridad are going to have at the final table.

The final table will take place this coming Saturday, August 8th, with the latest millionaires courtesy of GGPoker and WSOP being awarded their winnings likely quite early on that day given the average final table stack is just 11 big blinds.

Jonathan Lessin won $64,411 as he outlasted a field of 720 entries in the $500-entry WSOP Online Series Seniors Event.

Traditionally a competition that sees many more entries in Las Vegas at the Rio Hotel & Casino, this year all the action takes place online, of course, restricting the numbers somewhat for this niche event.

The winner of this year’s event was Jonathan Lessin, who managed to beat James Moore (yes, Lessin really did beat Moore) heads-up. Elsewhere in the event, there was yet another cash without a win for Roland Israelashvili (107th for $648), Layne Flack (76th for a spookily similar $777.60) and 15-time winner Phil Hellmuth, who came 67th for a result of $842.

Despite going into heads-up at a deficit of just a sixth of Moore’s chips, Lessin battled back and having got himself into the lead, managed to get Moore to move all-in on a five-high flop with just ace-high. Lessin called, and his top two pair was turned over by the online graphic.

He would river a full house to confirm his incredible achievement and become yet another deserved winner in what has been a dramatic and enjoyable WSOP Online Series on both the official WSOP.com client and the steadily more impressive GGPoker.

With events taking place all the way until September 6th, there are still huge tournaments left to run, including the $25,000-entry Poker Players Championship.