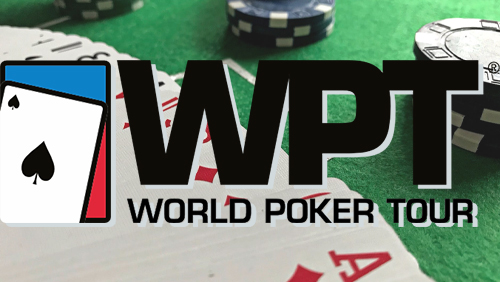 A dramatic conclusion to the WPT Shooting Stars event saw Timo Kamphues win the title and 1 Day Sooner, the charity that is working on speeding up the development of a CVOID-19 vaccine, receive $51,200.

Everyone was a winner in the $1,100-entry event given such money was raised for charity on partypoker, but the World Poker Tour put on a superb event for the WPT Shooting Stars name, too. With 483 entrants into the tournament, it was a largely unknown young German player who took the title after he battled a table full of stars to shoot down to win it.

With 10% of the field classed as Shooting Stars, and this having a $590 bounty on their heads, some of the biggest names of sport and poker came out to play. Wes Brown, the former European Cup-winning Manchester United defender, took his seat along with Sam Trickett, who would run very deep indeed.

As the action got nearer the final table, so too did the donations to 1 Day Sooner increase. Liv Boeree donated 20% of her $4,368 winnings to the cause, and others did similar. Kamphues, however, was on his way to a famous win.

When the final table started, Kamphues got off to the best possible start, winning with ace-king against ace-king, as his ace-king which contained a spade hit a four-flush to oust Sam Trickett’s ace-king od diamonds. Trickett survived, but it impacted on his chances, and the British poker legend slid out of contention in 6th place, winning $15,843 in the process. It was Kamphues who did the damage, his king-four triumphing against Trickett’s all-in pre-flop shove with ace-ten.

Kamphues wasn’t finished there, in fact it was only the start. He won a crucial coinflip just a few hands later with pocket queens, again taking it down against ace-king, this time belonging to Russian player Sergey Konovalov.

Kamphues was on a tear, and his next victim was Swedish player Klas Lofberg, whose pocket aces were no good when Kamphues’ jack-ten hit a ten on the flop and a jack on the river! With over 80% of the chips in play four-handed, the German was wielding the axe like few players at final tables have ever done.

Matas Cimbolas took on the champ when he moved all-in with pocket fours, and wouldn’t you know it; Kamphues called with pocket fives and held. Play was heads-up, and Nikita Kupchin of Russia never stood a chance.

Kamphues shoved all-in, easily covering Kupchin’s stack with ace-six. Kupchin called it off with pocket tens, and the flop was clear of any ace. The turn was too, but on the river, the seemingly inevitable ace spiked Kupchin’s last hope and won the event for a gleeful Kamphues, who became the WPT World Online Championship Shooting Stars for Charity champion, taking home the $90,498 top prize.

You can watch the WPT winners interview with the champion, Timo Kamphues, right here.