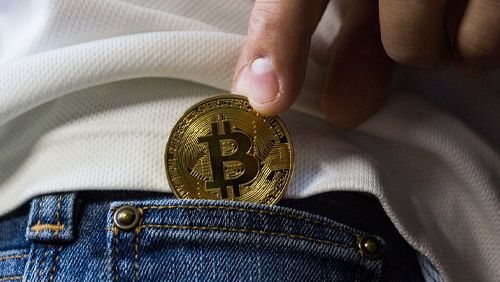 There will never be a shortage of “bad actors” in any sector of any industry, regardless of whether or not regulations are implemented. That has been made obvious by recent scandals involving payment processors like Wirecard and massive financial institutions like Wells Fargo and Deutsch Bank, the latter of which was implicated, along with several others, in helping its customers launder funds and evade tax obligations. However, there are also plenty of entities that realize that regulations serve a genuine purpose. The cryptocurrency ecosystem is no different than any other – there are good and bad entities everywhere. However, there is no shortage of players in the space who are helping the system evolve, even if it means following the rules when they don’t necessary apply. These entities are the ones that are going to allow the crypto space to evolve and mature into a viable operational unit, while the others will continue to be pushed aside and forced out.

The Financial Action Task Force (FATF) has prepared standards for the crypto space related to Know Your Customer (KYC) and anti-money-laundering obligations that should be followed by all countries for which it provides guidance. However, there are plenty of countries that fall outside that list that are eagerly ready to adopt the same protocols. In Africa, for example, crypto companies across the entire continent are adopting the same exacting FATF standards to their operations, even though only South Africa is governed by the agency.

According to the CEO of Notabene, a crypto identity startup, this is being done because the companies want to be part of the larger, global crypto ecosystem, which is going to lead to better facilitation of digital currencies as an alternative to fiat. CEO Pelle Braendgaard explains, “In places where there aren’t really e-regulatory rules yet, firms are doing KYC and using blockchain analytics for AML. People are shopping around for regulation, looking at remittance licenses to deal with foreign partners so they can have at least some level of clarity.”

AZA is another crypto entity doing something similar. The Kenya-based company, which was known as BitPesa until it rebranded itself last year, secured a license from the Financial Conduct Authority (FCA) in the UK a few years ago and then purchased a money transfer company out of Spain, TransferZero, in 2018, which led to the issuance of a license from that country’s central bank. It then used its newfound knowledge as it expanded into Nigeria to help the country improve its crypto regulations. AZA head of marketing Stephany Zoo stated of the endeavor, “Our AML and KYC are of U.K. and European standards, which means we are asking for things that nobody else on the African continent is asking for. We have a number of automated AML and KYC platforms that are integrated into ours, but when you don’t have the same kind of access to government databases, it becomes much harder to run these checks. So, unfortunately, we do have to use a combination of automated and manual systems.”

One of the reasons Bitcoin was first conceptualized was to help the non-banked have access to financial systems. That idea has been bastardized by many crypto projects since then, either through a lack of understanding of what digital currency was meant to do or through greed, but there are still alternatives that understand the real importance of crypto. Most notably, Bitcoin SV (BSV) has been able to develop a digital currency that restores the original plan of Bitcoin and is helping to achieve the goals that had initially been laid out. As a crypto project that understands the importance of working with regulators and governments, it is able to help those countries and entities that want to establish a legitimate crypto ecosystem realize their goals.