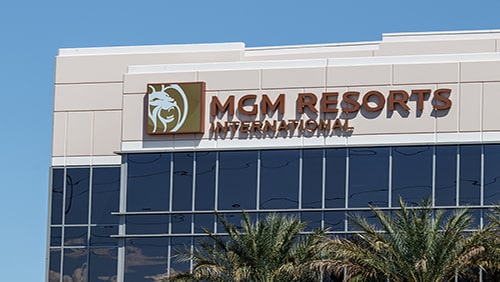 MGM Resorts International has officially named Bill Hornbuckle as their new permanent CEO, upgrading him from interim CEO after a little more than 4 months in the role. The company’s board of directors announced he’s taking over the role immediately, since filling in for retired former CEO Jim Murren in March.

Despite Hornbuckle doing the job for several months now, the board noted that they pursued a national search to find the best candidate. Chairman Paul Salem commented that they already had the right man. “The board unanimously concluded that Bill is the best candidate to lead MGM Resorts through these immensely challenging times and into a more promising future,” he said.

Part of why Hornbuckle was chosen was due to how he’s conducted himself during the pandemic. “There are few tests of leadership greater than what Bill has faced. His seasoned global experience, depth of knowledge and steady hand have provided reassurance and confidence to our employees, partners, guests and shareholders during one of the most difficult periods in the history of our company.”

Hornbuckle didn’t necessarily get the role for how amazing the casino operator has been performing. With the Covid-19 pandemic strangling travel and the economy, with air travel down 77% year over year and gaming revenue way below what it could have been, he has his work cut out for him.

“I am honored to lead this company as we look toward long-term recovery, future growth and opportunity,” Hornbuckle said in a company press release. “In doing so, I am especially mindful of the thousands of MGM Resorts employees who have been profoundly impacted by the current circumstances. Their dedication to the company’s mission and safety allows guests from around the world to experience moments of happiness and hospitality amid uncertain times.”

Despite the ongoing calamity that is 2020, Hornbuckle is optimistic and focused on the fundamentals. “We will remain focused on taking care of our guests and each other as we look toward our best days ahead,” he said.

Hornbuckle’s leadership has already been apparent in several ways. MGM has proven that, in Las Vegas at least, they are taking staff health concerns seriously by meeting with the Culinary Union, rather than fighting them in court, and forcing guests to prioritize safety over a fear of giving up the freedom of a naked face.

He’s also shown he’s willing to invest in diversification. MGM recently announced they will be investing $250 million into their online platform with GVC, a channel will likely prove to be a big winner as the new normal fully takes over.