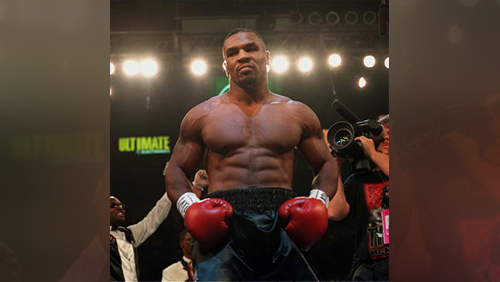 It feels like that era that defined a generation, the glorious eighties, has returned again. A somewhat B-grade actor is in the White-House, MJ and the Bulls are gracing us with their presence, Eddie Murphy is back doing stand-up on Saturday Night Live, and Mike Tyson is returning to the ring baby! All that’s missing is an appearance from Don King.

Mike Tyson confirmed his return to boxing with an eight-round exhibition bout against Roy Jones Jr. on September 12 in Los Angeles. Tyson made the fight announcement on his League of Legends website.

Tyson told ESPN in a video call that this would be a competitive bout, with both fighters required to wear headgear under California rules. “We’re both accomplished fighters, we know how to protect ourselves,” he said. “We’ll be alright, we’re showing our skills and fighting. It’s 100 percent of it looking to be Mike Tyson in the ring, I’ve got one speed — forward.”

Tyson said he was determined to show that older athletes can still perform at the highest level. “It’s because I can do it and I believe other people believe they can do it,” Tyson said. “We aren’t washed up. Somebody says over-age is washed up but they have a bigger fan base than the guys who are training now.”

Tyson has been lighting up the internet with training videos, the former ‘baddest man on the planet’ finished with a career record of 50-6 with 44 wins via TKO. Roy Jones Jr. is 66-9 with 47 knockout wins.

Tyson was the youngest heavyweight champion in history when he stopped Trevor Berbick in 1986 to win the WBC crown, at the age of 20 years and four months. He dominated the division with a 37-0 record, before a stunning upset 10th-round loss to James “Buster” Douglas in 1990 at Tokyo.

Lately, Jones has spent time as a commentator, last stepping into the ring in 2018 and beating Scott Sigmon for the vacant WBU Cruiserweight title.