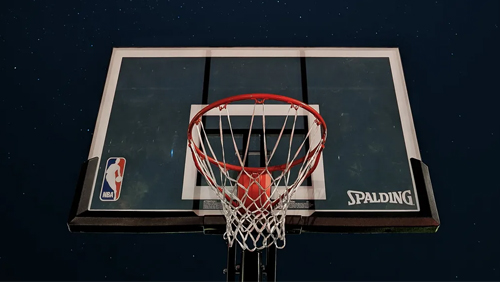 On the night of March 11, MVP candidate LeBron James and the Los Angeles Lakers were the betting favorites to win the NBA’s Western Conference title, and MVP favorite Giannis Antetokounmpo and the Milwaukee Bucks were favored to come out of the East. Things haven’t changed, with the Lakers at +135 to win the West and the Bucks -185 in the East.

Yet, of course, everything has changed since that March night as when Utah Jazz center Rudy Gobert tested positive for the coronavirus, the NBA immediately shut down and every other North American sports league followed suit.

While the 2020 NBA postseason will feature the standard eight teams from each conference, the playoffs will be unlike any in history. Every game will be at a neutral site from the ESPN World Wide of Sports Complex in Orlando, thus no home-court advantage for anyone, and it’s simply a fact that teams are going to lose players because they have tested positive for COVID-19 – in addition, some players already voluntarily opted-out of the rest of the season.

The eight-game regular season will begin July 30 (we hope) and the playoffs are set to begin August 18, although there could be a play-in tournament August 16 and 17 to determine the No. 8 seed in each conference if necessary. Game 7 of the NBA Finals, if necessary, would be played October 12.

The Lakers already have lost starting guard Avery Bradley to an opt-out, and center Dwight Howard was considering it but will play. In addition, Los Angeles has seen backup point guard Rajon Rondo go down for 6-8 weeks with a broken finger suffered in an Orlando practice. That rules him out for at least the first round of the playoffs.

No question the Lakers have the more challenging road to the NBA Finals in having to navigate the much tougher Western Conference and legitimate contenders in the Los Angeles Clippers (+180), Houston Rockets (+650) and Denver Nuggets (+1000).

It would be a huge upset if the Bucks don’t emerge from the weaker East – Milwaukee point guard Eric Bledsoe has tested positive for COVID-19 but should be fine. Frankly, the regular season is all but meaningless for Milwaukee other than getting into shape and in sync. Ditto the Lakers.

The Boston Celtics are +550 second-favorites to come out of the East, but starting small forward Gordon Hayward (17.3 ppg, 6.5 rpg) already has said he’s leaving the Orlando “bubble” even if his team is still playing in September when his wife is due to give birth. That could seriously hamper Boston’s conference title chances.