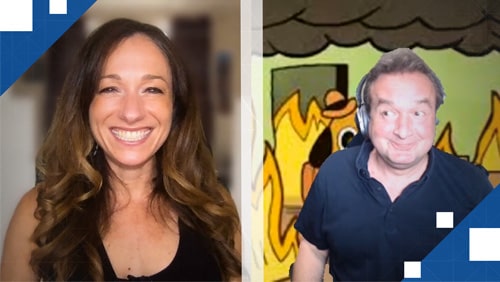 The past couple of years for the United Kingdom’s gambling industry has seen escalating regulations, expectations and fear campaigns, driven by a certain type of politician. To put it all into perspective, our Becky Liggero Fontana spoke with Steve Donoughue, Founder, GamblingConsultant.co.uk, after their recent iGaming NEXT POWER Hour.

Especially as Covid-19 shut everyone inside, fears ratcheted up about problem gambling, and reports are now being delivered which suggest gambling has to be massively curbed. “We believe that there should be a regulated gambling industry,” he said. “We obviously have different views to what extent it should be but what we’re not is outrightly against gambling, which is what the All Party Group Gambling Harms are.”

Donoughue isn’t impressed with the All Party Group, and he offered some perspective on how such groups decide on their mission. “What you have to remember about select committees, there is a tendency to pick topics that are either in the newspapers or actually will make sure you get a lot of press coverage, because politicians are whores for press coverage, I know that I come from political family,” he said. “

There have been a lot of questions about exactly how bad problem gambling is. Donoghue explained what he’s seen. “We do the numbers through a variety of methods, but they are basically surveys of people of the population where they are asked questions, which is a sight screen, and dependent on their answers they are scored as being problem gamblers or lower, at risk, etc.,” he said. “By and large, over the last 20 years, and in that time the amounts of gambling has doubled, the amounts of problem gamblers remains basically the same, with there being massive questions about the veracity of the numbers, because there are questions about the methodology, etc.”

This is mostly a problem of perception, then, and Donoughue noted that there’s really no other way to explain it than politicians picking a fight that no one can criticize them for. But for all the work GamCare and GambleAware have done, there’s no new evidence to suggest our knowledge on problem gambling has advanced. “I have asked more than once, why is it twenty years later we still don’t know really anything more? And my argument is, that’s because it’s never been really in anyone’s interest to nail down what causes problem gambling.”

And quite simply, the government funded therapists and researchers have no interest in providing a definitive answer, and for pretty selfish reasons, Donoughue guessed. “What they want is a whole load more money given to research because that’s, as academics, is what pays their wages,” he said. “So no research, let’s get more research done, obviously if you solve what the problem is that ends the research. So rather than looking at what causes problem gambling, let’s look at the amounts of gambling in 16 to 17 year-olds who spend time youth offending who are over four-foot but below 6-foot, and were born on the second Tuesday in March.”

Watch the full episode of this week’s The Long Con to see Donoughue offer up his wisdom on how the situation around gambling regulation came to be, and what the Industry can do next, it’s a lot of fun. And don’t forget to subscribe to the CalvinAyre.com YouTube channel to see The Long Con each and every Monday.

Steven Salz talks about the mentality of an esports bettor
Video
30 September 2020
.