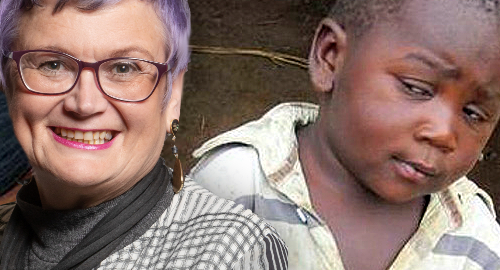 UK gambling operators could face a total ban on advertising if certain anti-gambling members of parliament have their way.

On Wednesday, the All-Party Parliamentary Group (APPG) on Gambling Related Harm sent a letter to the Betting & Gaming Council (BGC) regarding BGC members’ recent pledge to voluntarily suspend all TV and radio advertising for the duration of the COVID-19 pandemic.

The letter, signed by APPG chair Carolyn Harris, makes the rather extraordinary statement that the voluntary ad ban was an “acknowledgement” on the part of BGC chair Brigid Simmonds “that gambling advertising is harmful and something which must be restricted to protect people.” Harris claimed this “recognition” marked “an important milestone in this debate.”

Harris (pictured left) goes on to make a number of requests, including what evidence the BGC used to make its decision. The APPG wants to see quarterly data on the “take up of online gambling” compared to the previous quarter, both in the type of games played and whether VIP gambling stats mirror the larger market.

Harris then asks if the BGC is willing to extend the current ban to social media and affiliate marketing. The MPs also “assume [BGC] members will continue to restrict advertising after the lockdown period, if, as you say, you are keen to do everything to protect your customers.”

The APPG letter, which was also sent to the UK minister in charge of gambling as well as the UK Gambling Commission (UKGC), mirrors the tone in a letter the MPs sent to the Sunday Times last weekend, warning that online gambling operators were engaging in “predatory behavior” during this national crisis.

Sadly, the tone also mirrors comments made by BGC CEO Michael Dugher when the ad suspension was announced. Dugher took issue with what he called “alarmist noises from anti-gambling prohibitionists who just want to grab headlines.” After this latest APPG missive, the ball is now squarely in Dugher’s court, so we expect the BGC to rush out a presser claiming ‘now that Harris has acknowledged her disconnect from reality…’

The push for a total gambling ad ban mirrors plans recently unveiled in other major markets, all of which were seemingly inspired by the blanket ban imposed in Italy last year. But Italy’s ad ban didn’t alter its market dynamics all that much, and gambling operators were already reducing their ad spending in major markets, in part due to the lack of major sports on which to wager.

UK GAMBLING JOBS ON THE DECLINE
The APPG’s concern doesn’t appear to extend to individuals working in the local gambling industry, who already have reason to feel like they’ve got bullseyes on their backs. A new employment report by the Department for Digital, Culture, Media & Sport (DCMS) shows gambling was the lone sector under its brief to report a decline in filled jobs between 2011 and 2019.

There were around 76k gambling jobs in the UK in 2019, a 12.6% decrease from 2018 and 14.7% lower than in 2011. This is in part based on the APPG’s highly publicized campaign against fixed-odds betting terminal stakes, which resulted in over 1,000 betting shops closing last year.

UKGC GETS NEW COMMISSIONERS
The APPG previously declared the UKGC to be ‘unfit for purpose,’ so it remains to be seen how MPs will react to Thursday’s appointment of four new commissioners. The new blood are Terry Babbs, Brian Bannister, Jo Hill and Sir Martin Narey, whose private and public sector CV’s can be examined here.