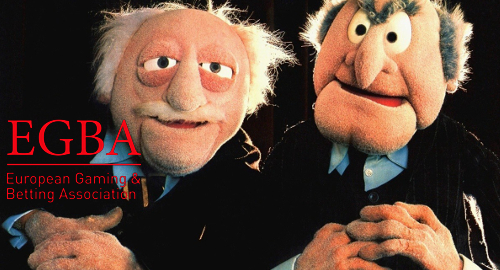 Prominent online gambling operators have released their first ‘pan-European’ code for advertising, but the UK market is demonstrating that nothing they do will ever be enough for anti-gambling campaigners.

The Code may be the first of its kind in geographic terms but its text is typical of most responsible gambling codes, although we did like the prohibition on portraying “adolescent, juvenile or loutish behavior.” The EGBA said the new Code would complement its more short-term directives for responsible advertising during the COVID-19 pandemic.

Parties to the agreement include EGBA members Bet365, Betsson, GVC Holdings, Kindred Group and William Hill, and the EGBA urges other operators and national gambling associations to both sign up for and promote the Code. It is the EGBA’s “intention to ensure that compliance with the Code is monitored and enforced by an independent third party.”

The EGBA’s Code comes just 24 hours after members of the UK’s Betting & Gaming Council (BGC) announced plans to suspend all TV and radio advertising for the duration of the pandemic lockdown. But if BGC members expected some ‘atta boys’ from the UK media, they clearly had another thing coming.

The Guardian quoted UK MP Carolyn Harris, who chairs the All-Party Parliamentary Group (APPG) on Gambling-Related Harm, saying she welcomed the BGC’s initiative but it “should have been made on day one of the lockdown, rather than six weeks down the line.”

Harris also claimed the initiative was “a clear admission that gambling advertising is having a profound effect on the level of problem gambling we are seeing across the UK.”

This past weekend, the APPG wrote a letter to the editor of the Sunday Times claiming there was “clear evidence that online gambling companies are offering inducements to vulnerable gamblers and recovering addicts who are isolated at home.” The pols said these actions proved that “reforming our outdated gambling legislation must be a priority” and warned that operators “must stop this predatory behavior.”

On Tuesday, the UK Gambling Commission (UKGC), which the APPG has slammed as ‘unfit for purpose,’ issued more guidance to consumers regarding its “ongoing expectations on [online licensees] to keep consumers safe.” The UKGC issued similar guidance one month ago and said it would be “looking carefully” at operators’ activities to identify “any new risks to consumers.”