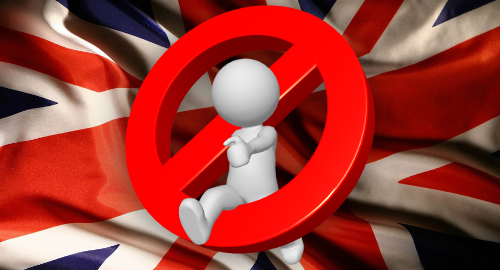 On Monday, the Guardian reported that the group of parliamentarians tasked with studying how to reform the 2005 Gambling Act would release their findings on Tuesday. Among the All Party Parliamentary Group’s recommendations are a total ban on gambling advertising  (whether on TV or online), an end to VIP incentive programs and a new maximum £2 stake for online slots.

Furthermore, the APPG wants to see unspecified stake and deposit limits applied to all gambling products, as well as establishing independent affordability checks for all customers. The report also recommends eliminating in-play sports betting, although the product could be permitted over the telephone or at retail betting venues.

News of the APPG’s report came the same day that GVC Holdings boss Kenny Alexander published an op-ed noting that claimed there was “a significant anti-gambling lobby that believes punitive and mandatory restrictions – notably clamping down on online stake thresholds – will help problem gamblers.”

Alexander said he believed these campaigners’ hearts were in the right place, but warned that such thresholds would make the current situation worse by pushing punters to switch to internationally licensed sites, whose practices are beyond the ability of the UK government to monitor. Alexander believes this would “damage the very people that it seeks to protect.”

The report comes just as the UK betting market is starting to return to something resembling normality, as Monday brought the long-awaited reopening of land-based betting shops following their three-month COVID-19 closure. Wednesday will see the hotly anticipated resumption of English Premier League football, which some campaigners fear will kick off a ‘frenzy’ of betting activity by action-starved punters.

The five operators made a similar pledge one year ago, and Monday’s announcement is more notable for offering specifics on how the funding will be allocated, including that the GambleAware charity will be largely responsible for ensuring that the funds get to where they need to go.

BGC members have also agreed to donate profits from win and each-way bets on Thursday’s Britannia Stakes to COVID-19 and cancer charities. BGC members conducted a similar effort around the Virtual Grand National event in May, which raised £3m for charities.