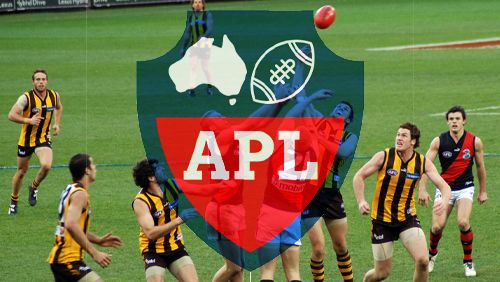 The second wave of COVID-19 cases in Victoria has forced the AFL to take extreme measures to keep the 2020 season alive. The league announced that it would be moving all 10 Victorian teams to Queensland for the remainder of the 2020 season.

The lockdown in Victoria has forced surrounding states to close borders and forces the AFL interstate. The league will pay for each of the 10 clubs to be based in Queensland, along with 100 staff and their families for the next 10-weeks.

AFL supremo Gillion McLachlan confirmed that Queensland would be the home of the AFL for the remainder of the regular season:

“The clear plan is to make Queensland the base for our competition, we are not able to announce fixtures yet. We are still working through the final details, their (AFLPA) support has been fantastic. We will continue to keep our game alive for fans, for clubs and the jobs.”

All of the 10 clubs based in Melbourne were on the road before the borders with New South Wales and South Australia were closed. Eight teams from Victoria will be based in Queensland, with the remaining two to make a new home in Perth.

The league announced that the next 11 weeks of games will be played out over nine weeks, to make room for the finals series. AFL bosses have also planned to spread games to Tasmania and the Northern Territory.

The AFL refused to be drawn into a debate over the Grand Final in Melbourne, with the MCG pencilled into hosting the decider, despite the pandemic.

Queensland government officials have continued to lobby the AFL and have pitched to steal the Grand Final and the Brownlow medal night. Queensland Anna Palaszczuk premier was bullish about her state’s chances:

“Given the choice between not having a season and having it based in Queensland I think I know what the fans would like to happen, as everyone knows, AFL is more than a sport to Victorians. We know how they feel. If the season is based here then the grand final should be played here too.”

The AFL hierarchy has promised to reassess the situation after 10 weeks on the road. A reduction in COVID cases could potentially see Victorian teams return to Melbourne in time for the finals series.