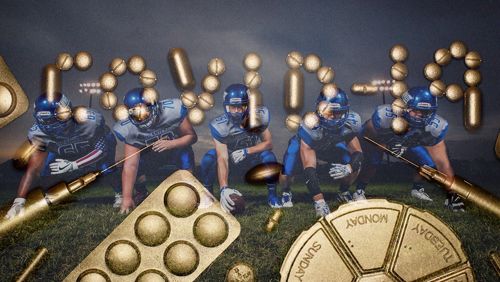 The AFL season restart has been thrown into chaos after Essendon’s Connor McKenna tested positive to COVID-19 over the weekend. The positive test result meant that the AFL was forced to postpone the round three clash between Essendon and Melbourne.

Essendon fear that they could lose several players, with their entire playing squad set to be tested after several players came into “close contact” with McKenna. The strict quarantine guidelines imposed by the AFL and the Victorian Department of Health could see players quarantined for 14 days.

It was alleged that McKenna attended a team meeting, a gym session and full contact hit-out with the Essendon backline, while the results of his tests were still pending.

The AFL is investigating how Irish import McKenna contracted the virus, with investigators suspecting he picked it up locally. The Herald Sun reports that McKenna breached League restrictions multiple times. If found guilty, the McKenna could be facing a lengthy suspension for the 2020 season.

Essendon’s next opponent Carlton are pushing for their Round 4 clash with Essendon to move ahead as scheduled. Despite the COVID-19 cloud hanging over Essendon, AFL bosses are expecting the Bombers to turn up against Carlton next round with a full side.

AFL General Counsel Andrew Dillion was adamant the game against Carlton was going ahead.

The league is also facing the prospect of having to shift games outside of Victoria after a second wave of COVID-19 has forced the state government to implement tougher social distancing restrictions.

The positive test result comes at a tough time for the AFL, having to play catch-up with rugby league rivals. The only bright spot to emerge for the AFL was the prospect of social distancing restrictions being lifted outside of Victoria. Western Australia announced that crowds of 60,000 could be permitted back to the football in July.