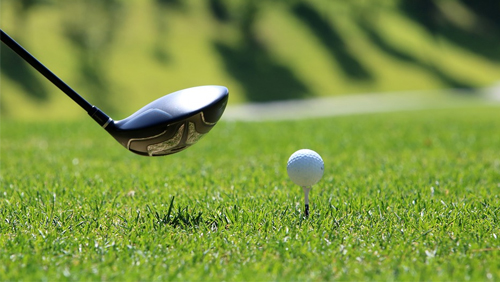 The last time the PGA Tour staged events back-to-back weeks on the same course was 1957. Thanks to the coronavirus, it will accomplish the feat again starting Thursday at Muirfield Village Golf Club in Dublin, Ohio, with the prestigious Memorial Tournament hosted by Jack Nicklaus. The Golden Bear is from that area of the country, starred at nearby Ohio State and designed this course.

Muirfield Village hosted the one-off Workday Charity Open last week as a replacement for the canceled John Deere Classic, which wasn’t suited to host a tournament during a coronavirus pandemic. Collin Morikawa (+2000 this week) beat Justin Thomas (+1000) in a playoff to win the Workday Charity Open, but Muirfield Village will be set up much tougher this week. It plays to par 72 at approximately 7,400 yards and hosted the 1987 Ryder Cup.

The original plan was for a limited number of fans – about 25 percent of a usual crowd – to return this week, but the coronavirus spiking all around the USA will keep the fans away from PGA Tour events for the rest of the year.

Being as it’s an invitational, it’s considered among the top tier of PGA Tour events, below the four major championships, Tour Championship, Players Championship and WGC events but above the rest. There will be a bit smaller field this week (still a cut) with a bigger purse and a three-year PGA Tour exemption going to the winner instead of the usual two for a normal Tour event.

No question that the biggest news is Tiger Woods playing a Tour event for the first time since the restart. Woods’ last competitive round was a final-round 77 at the Genesis Invitational – a tournament hosted in Los Angeles by his foundation – in mid-February, and Tiger finished dead last in the field among those who made the cut.

Woods has won this event a record five times, most recently in 2012. His next Tour victory would be No. 83 overall, breaking a tie for the most with Sam Snead. Tiger is +2000 to win the Memorial.

Americans have won the Memorial four years in a row, with Patrick Cantlay shooting a final-round 64 last year to finish at 19-under 269, two shots ahead of Aussie Adam Scott. Tiger was the last repeat winner here, doing so in 2001 when he won by an event-record seven shots. Cantlay is +1200 to win again.

Bryson DeChambeau is the co-favorite at +1000 with Thomas. DeChambeau won here in 2018 and hasn’t finished outside the Top 10 in four outings since the restart, including a victory in his most recent event in Detroit.