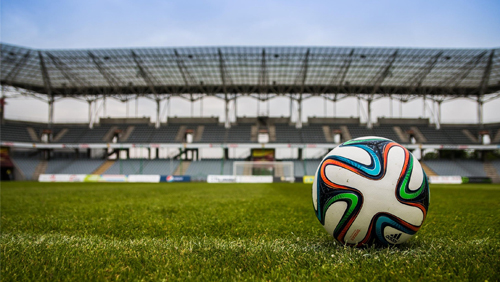 Several huge games had ramifications at the top of both La Liga and Serie A over the weekend as Cristiano Ronaldo and Lionel Messi were both in action for their respective clubs of Juventus and Barcelona.

Both teams went into the weekend on the back of a dramatic Champions League draw that could see the sides on a collision course to meet each other at the semi-final stage in August. Of course, Bayern Munich will be hoping to stop Messi and company, while Manchester City or Real Madrid will provide the sternest of tests for Cristiano’s Juventus should the Italian giants overcome Lyon in their Last 16 decider.

There is the possibility that the two greatest players of their generation will meet on the Champions League pitch, however, and what a mouthwatering tie that would be.

Should they meet, however, there’s likely to be only one of the two men who will shake hands as a current league champion.

Barcelona may be looking like they are going to fall short in the battle to win La Liga, but if so, they are not going down without a fight. The Catalans won 1-0 at Real Valladolid thanks to a goal from Chilean midfielder Arturo Vidal, who scored from Lionel Messi’s 20th assist of the season.

Elsewhere in La Liga, there were convincing wins for Sevilla and Atletico Madrid, who beat Mallorca 2-0 and Real Betis 1-0 respectively. It was Barcelona’s victory that was the most eye-catching, however, and has put pressure on Zinedine Zidane’s Real Madrid in tonight’s game at high-flying Granada. Real know that they only need to finish level on points with their great rivals Barcelona, however, as they have a greater head-to-head record in the El Clasico games during this extended season.

Cristiano Ronaldo helped Juventus to a point as the Old Lady of Italian football drew 2-2 at home to Atalanta. It’s not a result that Sarri-ball can be particularly proud of, but the Portuguese phenomenon scored two penalties, the last in the final minute of the 90, to secure a point on a weekend where others floundered and it is enough to give the most successful club in Serie A history an eight-point lead in the title race.

Elsewhere, Lazio suffered a surprise home defeat to Sassuolo, losing 2-1. Roma consolidated their Europa League spot with a 3-0 victory at Brescia, while Napoli and A.C. Milan shared four goals as both sides continue to battle for the last European place. Theo Hernandez gave Milan a first-half lead, before Giovanni Di Lorenzo equalized. Dries Mertens looked like he might have given Napoli all three points in the second half, but Franck Kessie’s late penalty was enough to earn a point for the Rossoneri.

With just six games to go for most teams, Serie A seems more like a race for European places than it does the title, especially with Cristiano Ronaldo single-handedly taking responsibility for Juventus not dropping more points than they absolutely can afford to do.

With Inter Milan and Real Madrid facing vital games on Monday night, European football is truly back in the Coronvirus lockdown and with a lot on the line.