Home / Sports / Could D.K. Metcalf and the Seattle Seahawks shock the NFL? 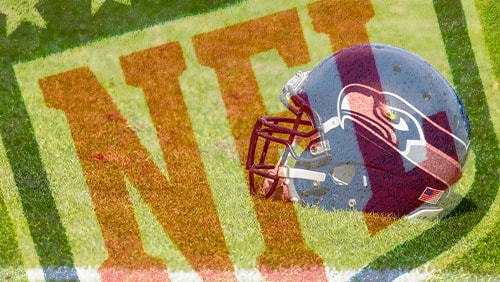 The Seattle Seahawks won their only Super Bowl Championship back in 2014, defeating the Denver Broncos 43–8 on February 2nd. Could they win their second seven years on from that famously one-sided victory?

Before we talk about how they might repeat that trick, let’s take a look back at that glorious moment in The ‘Hawks history.

This season, there is tentative optimism about The Seahawks hopes, with the team a best price of 10/13 to make the play-offs, as well as being 10/11 to gain over nine regular season wins. Somehow, despite that confidence in the betting markets that The Seahawks will make the post-season, the 2014 Lombardi Cup winners are a best price of 22/1 to repeat the feat in early 2021.

One reason why we think they should be a shorter price is D.K. Metcalf.

Metcalf came in as a rookie in the 2019 NFL Draft, and while many were hopeful that he’d reach expectations, it could be argued that he’s exceeded them in some style. At 6’4”, the 230-pound wide receiver had an amazing year, averaging over 15 yards per catch and achieving 900 yards.

Looking to kick on and achieve 1,000+ yards this season, the son of former NFL guard Terrence Metcalf could well reach for Regular Season MVP of the Year, where he is an outstanding price of 125/1. Those odds will surely tumble if he starts the season in the form that is expected of him.

With seven touchdowns in the regular season in 2019, the impressive Metcalf is fast, huge and has proved deft at avoiding the kind of tackles that many rookies might literally fall for. His second season could be a defining one in his career, but it might also lead to huge success for the Seattle Seahawks.

At 22/1 to win the 55th Super Bowl, we think Metcalf can help The Seahawks to their best season in seven years and they are 11/4 to win the NFC West only due to the obdurate San Francisco 49ers being in the same division. With the Ram and Cardinals likely to be whipping boys in the group, we think The ‘Hawks might surprise many American Football fans and shock the NFL.

Should that happen, D.K. Metcalf may well be crucial to that happening. His 2019/20 highlight reel will have been played on repeat by Seahawks supports during lockdown and rightly so. He could well be the star of the 2020/21 NFL season.