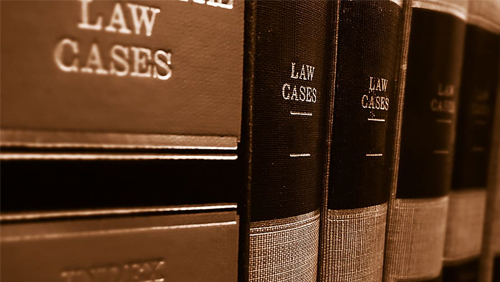 Rick Heidner had a plan. The man behind Gold Rush Gaming, a video-gaming terminal (VGT) company, in Illinois envisioned a racino in Tinley Park and dutifully set out to get the necessary permissions. The Illinois Racing Board (IRB) initially said yes last September, but everything unraveled a month later when he was identified as possibly being associated with a federal case related to the mob and political corruption. Since then, he has tried to clear his name and put everything on track, but hasn’t had much success. Heidner has now received a brief reprieve that could open doors for him; however, he hasn’t yet been completely released from the watchful eye of federal investigators. Still, he might be able to try to move forward with his plans, as long as he can get Illinois Governor J.B. Pritzker on his side.

The Chicago Sun-Times has been following the ongoing drama regularly ever since former Illinois Senator Martin Sandoval came under fire for his connections to mob boss Rocco Suspenzi. A raid conducted by the FBI on Sandoval’s home and office uncovered supposed documents that linked Suspenzi and Heidner, as well as a few others, to some questionable deals, which led the IRB and Pritzker to cancel Heidner’s plans. However, Heidner is not being investigated by the feds, which should allow him to breathe a sigh of relief.

John Lausch, a U.S. Attorney operating out of Chicago, Illinois, sent a letter to Heidner’s lawyers at the end of last month, explaining that their client was “not a target” of any investigation. He added, “In the context of a criminal investigation, a ‘target’ is a person who is linked by substantial evidence to the commission of a crime and who, in the prosecutor’s judgment, is likely to be charged.” Lausch cautioned, however, that things could change, explaining, “At this time, your client is not a target of this investigation. Of course, this representation is based on the information known to this office as of the date of this letter and could change.”

Sandoval proved to be an embarrassment to the U.S. political scene, pleading guilty earlier this year to having accepted bribes in exchange for favors. He has been cooperating with investigators as the case continues in hopes of having his possible prison sentence of 10-12 years reduced, asserting that he’s “ashamed” of what he did. More than likely, he’s only ashamed that he managed to get caught.

In the meantime, Heidner continues to try to set the record straight, and has even sued the IGB for dereliction of duty. A spokesperson added in an email, “A media spotlight has been on Mr. Heidner and Gold Rush Amusements since October 2019 when their names appeared in conjunction with government search warrants that resulted in inaccurate speculation about Mr. Heidner. Mr. Heidner is confident that he and Gold Rush have acted properly and he will continue to take appropriate action to restore his reputation against the false and misleading narrative that has been advanced publicly since last year.”