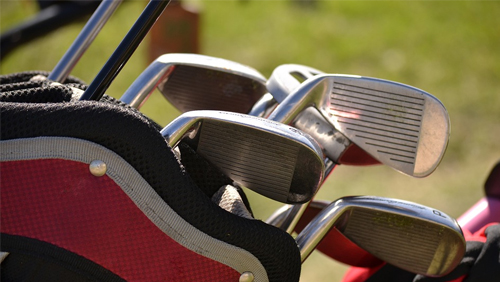 The coronavirus has forced every sports league in the world to adjust its schedule in one way or another and has led to some very unique circumstances. The NBA sending 22 teams to a “bubble” in Orlando, for example. The NHL choosing 24 teams for the Stanley Cup playoffs in two hub cities. Major League Baseball staging its shortest season in more than a century. NASCAR having races on back-to-back days at the same track.

The PGA Tour’s John Deere Classic was scheduled to tee off this week from Silvis, Illinois, which is right on the border with Iowa. That tournament is annually known as being played the week before the British Open with the winner earning the final spot in that major tournament. John Deere Classic officials also charter a plane for any players who compete in their tournament and then have to head overseas. They do that not just out of the goodness of their heart but to try and lure a better field.

The John Deere is also arguably the “folksiest” event on Tour. Some PGA Tour courses have incredible amenities as they cater to the super-rich. Not TPC Deere Run, as it’s true Middle America. Finally, the John Deere Classic only makes a profit with fans in attendance. It’s the biggest event of the year in that area of the country by far.

The coronavirus has forced the one-year cancellation of the John Deere Classic because the event would lose money without fans and it really isn’t set up to handle 156 or so players, caddies, etc., trying to practice social distancing.

So, in a modern-day first the PGA Tour will hold back-to-back tournaments at Muirfield Village Golf Club in Dublin, Ohio, (suburb of Columbus) starting with this week’s one-off Workday Charity Open and then followed by next week’s Memorial Tournament, which is one of the biggest non-Grand Slam events on the schedule.

In theory, one could look at how a player has performed in the past at the Memorial Tournament to handicap this week, but event officials are going to set the course up as different as possible for the Workday Charity Open. Long story short: It should play quite a bit easier than the Memorial setup. For example, the rough will be shorter this week and the greens not quite as fast.