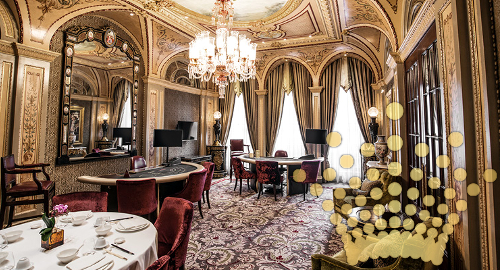 UK casino operators are making an economic argument to convince the government to allow them to reopen while fending off allegations that economics convinced a casino to tolerate racist customers.

The BGC’s message to Sunak was that the ongoing furlough of thousands of casino staff was costing the government around £5m per week (thanks to the government’s Job Retention Scheme). The government was also missing out on an estimated £5.7m in taxes and duties (based on 2019’s casino stats) each week that the casinos remain shuttered.

BGC CEO Michael Dugher reminded Sunak that casinos have met all the necessary health and safety requirements that allowed other retail businesses to reopen, adding that casinos in other European markets had been allowed to resume operations. Dugher also warned that 14k casino staff are facing an uncertain future as government bailout programs draw to a close.

In addition to battling the government, the UK’s casino sector is also battling allegations that it allows high-rolling customers to be racially abusive toward black croupiers. The Times reported Tuesday on a claim of race and sex discrimination filed with a London employment tribunal by a former croupier at the Crown London Aspinalls venue.

The claim was filed by Semhar Tesfagiorgis, a 13-year veteran at the Aspinalls casino, who claims the venue’s managers allowed customers to refer to black gaming chips as ‘n***** chips.’ Tesfagiorgis alleged that other VIPs routinely referred to black croupiers using the n-word and threatened to stop gambling at the casino if they had to interact with croupiers of color.

The 40-year old Tesfagiorgis, who was born in Eritrea but emigrated to the UK with her parents when she was four, also alleged that her “many” attempts to convince Aspinalls management to rein in their customers’ racism “had no success.”

Tesfagiorgis claimed that Aspinalls COO Michael Branson responded to her complaints by asking whether she expected him to turn away an East Asian “million-pound punter” just because he’d requested only white croupiers. Branson allegedly added that customers’ preference for lighter-skinned croupiers was based on “pure superstition,” not racism.

Aspinalls declined to comment on the allegations, citing ongoing legal proceedings. Aspinalls is owned by Australian casino operator Crown Resorts, and while the venue has a rich history in UK casino lore, it contributed only AU$34.2m to Crown’s fiscal H2 report, equal to just 2.3% of overall revenue.