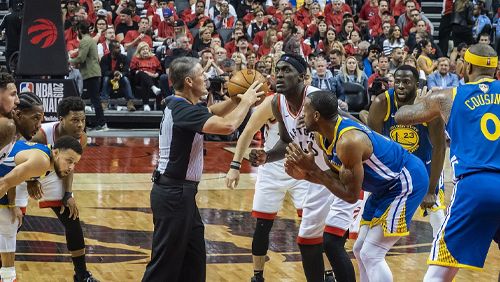 As the NBA inches toward a possible season-ending NBA Finals bubble in Orlando, 22 teams are set to make the trip. The games are expected to start at the end of this month, but a resurgence of coronavirus cases is now forcing the basketball league to keep an open mind. For the eight teams that were kept out of the bubble, they might be offered a consolation prize. The NBA is reportedly considering a second bubble for these teams, which might be held in Chicago, Illinois.

The rumors aren’t backed by any concrete announcements, and there isn’t much to go on yet. It isn’t clear what the purpose of the games would be, when it would start (although September has been mentioned) or how the bubble may look. The structure would apparently include mini-training camps and competitive games, but the rewards, whatever they may be, probably won’t be enough to convince the outside teams to make the trip.

The NBA has already begun to report new COVID-19 cases among some of its players, and a handful have decided they don’t want to make the trip to Orlando. With that being the case, the eight teams that would play in the Chicago bubble have no real reason to participate, which would mean putting their players at risk for no tangible rewards. The only supporting motivation the league has offered so far is the assertion that the second bubble would give the teams a chance to recuperate some of the lost revenue caused by the season shutdown, but that revenue probably isn’t worth it compared to the possibility of losing multimillion-dollar players to a bug.

For the Orlando bubble, concerns are mounting, and more players are likely to decide to call off participation. Damian Lillard of the Portland Trail Blazers has had his eyes opened and told reporters this week that he doesn’t believe players will adhere to the NBA’s lockdown rules while at Walt Disney. He asserted, “My confidence ain’t great. My confidence ain’t great because you’re telling me you’re gonna have 22 teams full of players following all the rules? When we have 100 percent freedom, everybody don’t follow all the rules. I don’t have much confidence.”

San Antonio Spurs guard DeMar DeRozan feels the same way. He was quoted by ESPN as saying, “I got through 10 lines of the handbook and just put it down because it became so frustrating and overwhelming at times, because you just never thought you’d be in a situation of something like this. So, it’s hard to process at times.”

Not everyone is as pessimistic about the NBA’s chances of a successful bubble. While some people simply can’t accept change for any reason, others are willing to try something new. These are typically the people who succeed better, and NBA MVP Giannis Antetokounmpo is ready to give the bubble a shot. The Milwaukee Bucks forward states, “I know the NBA and the NBPA worked together to make this place as safe as possible. And I trust them. At the end of the day, we’ve gotta do our job; and I know the NBA’s gonna do their job, and the NBPA are gonna do their job too — keep us as safe as possible to make this transition as easy as possible for us.”

All the discussion may be irrelevant if things don’t get better soon. The spikes in COVID-19 cases might force the league to cancel its plans, leaving the 2019-20 season hanging as a footnote in basketball history. Hopefully, it won’t come to that.