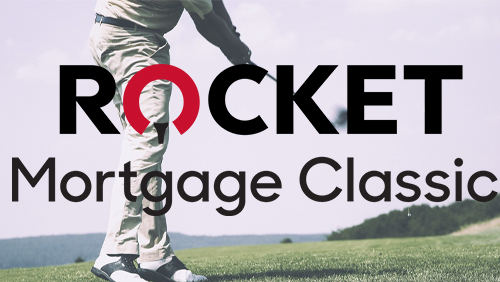 As the NBA and NHL attempt to restart their seasons, and Major League Baseball and the NFL plan to start theirs, the coronavirus sent a harsh reminder on the PGA Tour last week how tough it’s going to be for those leagues to operate during a pandemic. And it’s fairly easy to practice social distancing in golf.

Six players withdrew before last week’s Travelers Championship outside Hartford. The two who did so because they personally tested positive for the coronavirus were Cameron Champ and Denny McCarthy, while the two biggest-name players who withdrew, former world No. 1 Brooks Koepka and recent RBC Heritage winner Webb Simpson, did so out of caution because someone close to them tested positive. They have tested negative for COVID-19 (on Sunday night, Dylan Frittelli also tested positive).

In the wake of those withdrawals, PGA Tour commissioner Jay Monahan has instituted more stringent health and safety protocols ahead of this week’s Rocket Mortgage Classic in Detroit. For example, there will be additional testing, and player instructors now will be subject to the same testing protocols as players and caddies. Once again, no fans will be in attendance this week.

Most of the world’s top players were planning on skipping this tournament as it was, regardless of the coronavirus, with most playing the past three weeks in a row. Tiger Woods has yet to play in the restarted season and will not be again.

The Rocket Mortgage Classic debuted last year at Detroit Golf Club’s North Course, a par 72 measuring 7,334 yards. The course was largely defenseless in 2019 as relative unknown Nate Lashley went wire-to-wire for his first PGA Tour victory. He finished at 25-under 263, six shots ahead of another unknown, Doc Redman.

Lashley originally wasn’t even in the field after failing to Monday qualify, but he got in when David Berganio Jr. withdrew the day before the tournament started. Lashley, who became the first alternate to win on the Tour since Vaughn Taylor at the 2016 AT&T Pebble Beach Pro-Am, has not won since and is playing terribly of late. He’s a +12500 long shot to repeat.

It’s the weakest field since the PGA Tour restart with Dustin Johnson, the winner Sunday at Hartford, among the big names taking the week off. Simpson (+1100) and Bryson DeChambeau (+650) are the two highest-ranked players in the world in Detroit. Neither played in Motown in 2019.