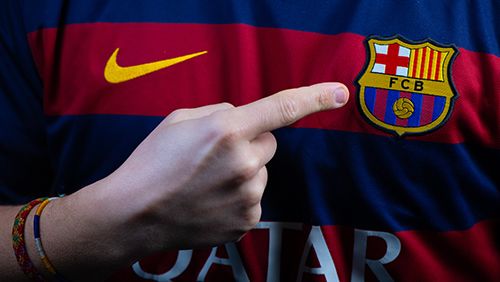 After a rollercoaster weekend of sports action, Barcelona will be looking at the La Liga table with cowed eyes as Real Madrid took advantage of their Catalan rivals’ early slip to move two points clear at the top.

Elsewhere, there were final day wins for Werder Bremen and Borussia Monchengladbach in the German Bundesliga as others fell on their swords in spectacular fashion.

Barcelona came back from lockdown in pole position to win their fifth La Liga title in six seasons, but after the weekend, their deadly rivals Real Madrid hold the advantage.

Barcelona twice led yet could only draw against Celta Vigo, who equalized in the 88th minute through Liverpool reject Iago Aspas to make it a third game in a row without a Lionel Messi goal. The Argentinian maestro is stuck on 699 goals, and with Celta Vigo nearly winning the game in injury time, Barcelona’s problems extend to a leaky defence even more than they do to a profligate attack.

Real Madrid took full advantage of the slip from their rivals, moving two points clear at the top of La Liga having been two points behind just  fortnight ago. Bottom club Espanyol largely frustrated Los Blancos, only for a wonderful goal on the stroke of half-time.

A hopeful ball was turned into pure Hollywood as Karim Benzema no-look backheeled the ball delightfully into the path of Casemiro, who could hardly miss. One of the assists of the season so far, it was a goal worthy of winning any game.

Not only are Real Madrid ahead, but their cross-city rivals Atletico could do them an additional favour when they visit Barcelona on Thursday evening.

Serie A Heads to the Wire

Juventus scored four on Friday night as they thrashed Lecce to move into a commanding position at the top of Serie A. However, despite the ‘Old Lady’ of Italian football being four points clear after the weekend, that lead was only preserved, with Lazio winning 2-1 at home to Fiorentina on Saturday evening.

On Sunday, it was the turn of Inter Milan to see if they could preserve their slim hopes of the title. They got off to a bad start, falling a goal behind to Parma after just 15 minutes. However, two goals in the final seven minutes of the game turned the whole situation around and maintained their eight-point deficit to make up.

The Bundesliga Finishes with Drama

Timo Werner signed off on his career at RB Leipzig with two goals as the 24-year-old scored with his final touch to seal his 95th goal for the club, becoming their all-time top goalscorer.

German forward Werner, who is coming to Chelsea this summer to begin his Premier League adventure, fired RB Leipzig to 3rd place in the Bundesliga behind Bayern Munich and the only striker who beat him in the Bundesliga rankings. Poland striker Robert Lewandowski scored his 34th goal in 34 league games to win the German league’s Golden Boot in the process and help Munich to a 4-0 win at Wolfsburg.

Elsewhere, however, there were surprising results. Borussia Dortmund ended the season as runners up, but finished 13 points behind Bayern after suffering an ignominious 4-0 thumping at home to Hoffenheim. In the race for the Champions League, Bayer Leverkusen got the 1-0 win they needed, but they needed Borussia Monchengladbach to slip up. Gladbach, however, won 2-1 at home to Hertha Berlin, with goals from Jonas Hofmann and Breel Embolo seeing them safely home, a 91st minute consolation goal from Hertha captain Vedad Ibiševićc doing nothing to threaten the home sides ascension to the biggest club competition on the planet.

Finally, at the lower end of the league, Fortuna Dusseldorf lost 3-0 at Union Berlin to put themselves in danger and their relegation was confirmed when the score came in from the Werder Bremen as the home team ran out comfortable 6-1 winners to escape the immediate threat of the drop.

A two-legged play-off against F.C. Heidenheim will determine if they remain in the Bundesliga, with Heidenheim finishing just one point ahead of Hamburger SV to grab the play-off place.

With huge games around Europe this week, by next weekend, the title picture should become clearer in Italy and Spain, with the German Bundesliga showing that with fans or without, in football there is always great drama that simply cannot be written.