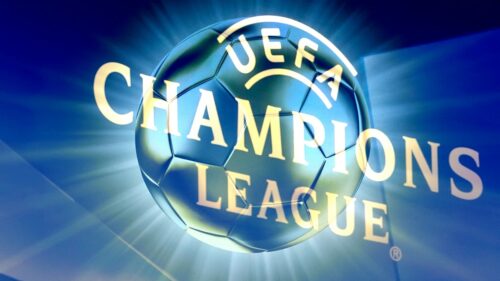 This week sees the return of the UEFA Champions League and while there will be hope in the hearts of players from such legendary teams in the competition as Real Madrid, Manchester United, Barcelona and Bayern Munich, there may be more expectation coming from some camps compared to others.

The Champions League has long produced the kind of football that other club competitions can only dream of. Not only is the tournament filled with the best of the best, that somehow filters through to the kinds of goals we see week in, week out.

Check out these Champions League classic goals as a warm-up to the sportsbetting preview of the midweek action that lies ahead.

The Champions League action is back in a big way on Tuesday night as Chelsea (4/5) travel to Rennes knowing that a victory more or less guarantees them progress into the knockout phase with two games to spare. Having signed Rennes ‘keeper Edouard Mendy in the summer, it could well be that the Rennes old boy condemns his old side to a season where looking forward to Europa League action in 2021 is their best hope of glory. Football can be cruel.

Borussia Dortmund are a great bet to get the win on Tuesday night too, as they are sat on just six points in Group F and face a Club Brugge side who have got four themselves. That makes it a crucial game for the German side, for whom Erling Braut Haaland has scored four in one game recently. Expect Dortmund to go all out for the win and with a -1 goal handicap, they’re an attractive 3/4.

While Dortmund and Chelsea should both go a long way to confirming their participation in the knockout phase, the same cannot be said for some big sides who play on Wednesday night.

Inter Milan (6/5) and Real Madrid (23/10) are two examples of teams who have struggled so far this season in the Champions League, with two and four points respectively leaving both sides currently outside the qualification places. With the two sides meeting at the San Siro, we think both teams could score in a draw, which is a mouthwatering 7/2 best price.

The same bet could easily come in at Anfield, where Liverpool host Atalanta. In the reverse fixture, The Reds ran out clear winners, but Ajax host FC Midtjylland at the exact time this match goes ahead at and Gian Piero Gasperini’s free-scoring side will be looking to add to the six goals they’ve already scored in this competition.

We think Atalanta can surprise their hosts who already have nine points on the board and will be more focused on Saturday morning’s game against Brighton & Hove Albion in the Premier League. The score draw is available at 4/1 virtually everywhere.

In the Wanda Metropolitano Stadium, Atletico Madrid and Lokomotiv Moscow meet in a clash that could go a long way to deciding who finishes as runners-up to Bayern Munich in Group A. While Atleti will be favourites, Lokomotiv know that a win for them would put them into second place in the group with two games to play, their best chance of progression into the knockouts, which they last reached in February 2004.

Back then, a Monaco away goal denied Lokomotiv progression to a tie against Real Madrid in the quarter-finals, with the French team making it all the way to the final. Both teams will score in Madrid we believe and the odds of 33/20 make that almost too good to be true. Smaller bets on the 40/1 of it finishing 2-2 and 200/1 on Lokomotiv winning 3-2 should be taken, too.